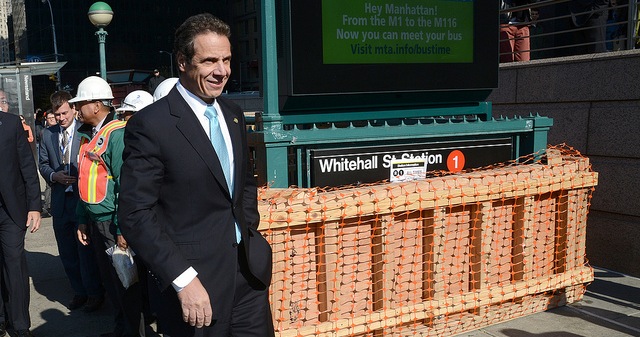 ALBANY — Governor Andrew M. Cuomo today announced the launch of the Taste NY Inaugural Craft Beer Challenge, in which New Yorkers are invited to vote for their favorite New York craft brewery in celebration of the diversity, range, and quality of New York’s craft beer industry. Voting is now open here. The Governor will host a final tasting event for the five New York breweries with the most online votes on May 17 in New York City, coinciding with American Craft Beer Week, which runs from May 15-21 and celebrates craft beer across the country.

Under the leadership of Governor Cuomo, New York is now home to 321 microbreweries, farm breweries, and restaurant breweries, up from only 50 total breweries in 2011 and representing a 542 percent growth in the industry.  This growth was achieved through a series of legislation and economic incentives, including the creation of the Farm Brewery License in 2012, providing tax credits for brewers, modernizing the state’s Alcoholic Beverage Control Law, and providing promotional funding. No state has done more to assist and promote craft manufacturing than New York.

State Agriculture Commissioner Richard A. Ball said, “The Governor has led the way in creating innovative and exciting new ways to spotlight New York’s small beverage producers. This unprecedented promotion, coupled with the business friendly changes in legislation, is supporting the growth of craft beverage businesses across the State.  It’s also providing a boost to New York farms supplying the local ingredients behind their unique products.”

State Liquor Authority Chairman Vincent Bradley said, “From the start, Governor Cuomo has demonstrated an unwavering commitment to New York’s craft beverage industry by cutting taxes, eliminating fees and reducing regulations to make it easier to launch and grow new businesses.  The result is hundreds of new small producers opening over the past six years that are creating jobs, economic development and driving tourism in every corner of our state.”

Paul Leone, Executive Director, New York State Brewers Association, said, “Governor Cuomo’s long standing support for the craft beverage industry has helped New York State become one of the top beer states in the country. The Taste NY Craft Beer Challenge during American Craft Beer Week is a fun way to shine a light on the great beer being produced in this state every day, and he’ll get a chance first hand to taste what his support has helped create.”

Nearly 70 breweries, representing regions from across the state, have signed up to participate in the challenge, including:

Keep Off the Grass