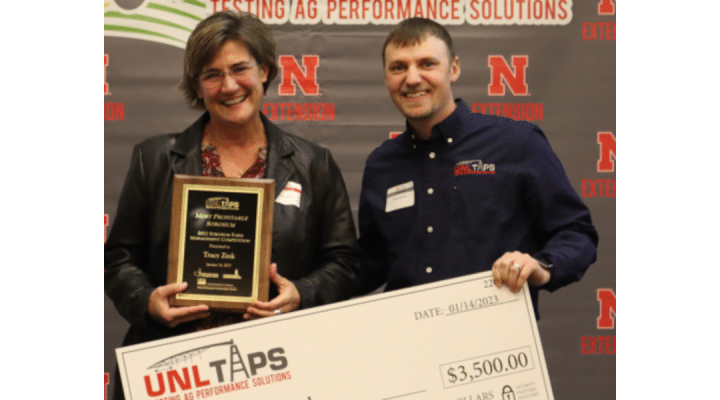 The TAPS program was created by University of Nebraska educators and specialists as an innovative way of connecting producers to industry professionals and offering a way of testing out new, advancing technologies through farm management competitions facilitated in North Platte, Nebraska, at the West Central Research, Extension and Education Center. (Courtesy Photo)

LINCOLN, Neb. — The Testing Ag Performance Solutions (TAPS) awards ceremony culminated the program’s sixth year of farm management competitions on Jan. 14. The TAPS program was created by University of Nebraska educators and specialists as an innovative way of connecting producers to industry professionals and offering a way of testing out new, advancing technologies through farm management competitions facilitated in North Platte, Nebraska, at the West Central Research, Extension and Education Center.

The event was a night of interaction and celebration of the 2022 competitions, which included sorghum, subsurface drip irrigated (SDI) corn and sprinkler irrigated corn. The participants in each competition make their own individual input decisions for their plots on the same field as competitors. These decisions include crop insurance, hybrid and seeding rate, nitrogen timing and amount, irrigation timing and amount, and, lastly, marketing of their crop.

Awards are given in each competition for greatest grain yield, highest input use efficiency and most profitable. These designations come with a cash prize, along with a plaque, oversized check and personalized TAPS apparel item.

The sorghum contest, in its fifth year, included both a dryland and irrigated portion, and involved 18 teams. Tracy Zink of Indianola, Nebraska, earned all three of the top honors for yield, efficiency and profitability.

In the fourth year of the SDI corn competition, 16 teams competed. The award winners in the SDI competition included:

The sixth year of the sprinkler corn competition had 33 teams participate.

The last award presented was the Outstanding TAPS Advocate, which honors an organization, person or business that went above and beyond in supporting the UNL-TAPS program. This year, the award recipient was Amy Kremen of Boulder, Colorado. Kremen has advocated for the TAPS program since its inception by recruiting participants, assisting with funding proposals, promoting partnership and aiding in starting new TAPS competitions in other states.

The full 2022 TAPS Competition Report can be found online.

The TAPS program would like to thank all the sponsors, supporters and participants for being a part of and making the program a continued success.

The 2023 TAPS competitions are already in planning. Anyone interested in the program can email Krystle Rhoades, TAPS program manager. 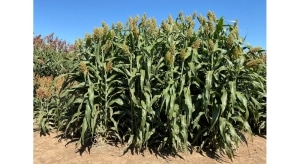 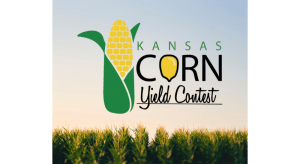 MANHATTAN, Kan. — Despite drought impacting many areas of the state, the 2022 Kansas Corn Yield Contest was highly competitive. Top yield contest entries for the Kansas Corn Yield Contest came from Ryan Jagels of Finney County in the irrigated division with a yield of 323.7 bushels per acre; and Jeff Koelzer of Pottawatomie County in the dryland […] 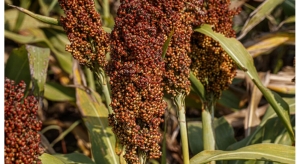 LINCOLN, Neb. — In summer 2021, a group of agricultural education teachers decided to see how well the farm management concepts they were teaching in their classes translated to real life. The instructors, who all teach at school districts in Educational Service Unit 16, divided into two teams and signed up to participate in the […]