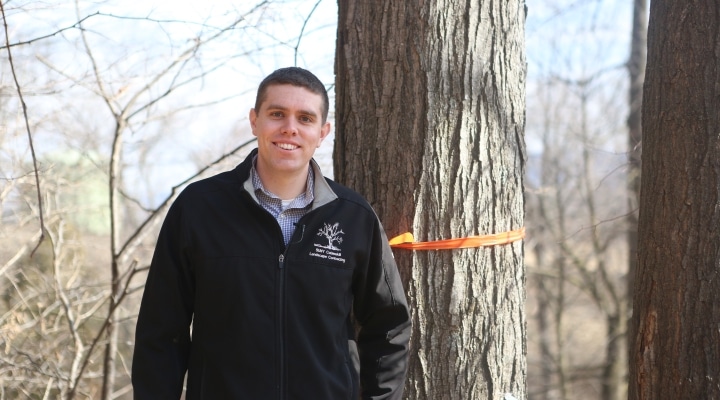 Research conducted outside of northern New York has indicated that tapping for early sap run and re-tapping later in the maple season could potentially increase syrup production yields by at least 20 percent or a $6 per tap profit. The farmer-driven NNYADP-funded trials in 2019 and 2020 tested that opportunity under northern New York conditions and regionality played a role in the results.

“Our timing-of-tapping research was done in Lake Placid’s northern forest environment which traditionally experiences extremely cold winters, deep snowpack, and a maple season that starts later than maple-producing areas to the south. In those southern areas where heavy sap flow starts in January followed by intermittent freeze-thaw cycles re-tapping provided more of a benefit than we saw in our trials in the northern New York-type maple-producing region,” Wild noted.

“Although re-tapping by adding a second dropline with a new spout here produced an average of 23 percent more syrup per tap, once time and materials were factored into the economic equation, there was a loss of 73 cents per tap. Although droplines and T-fittings could be used for a few seasons, there is still added labor time and droplines must be capped off completely to prevent vacuum loss,” Wild added.

An additional outcome of the NNY project emphasized the importance of preserving tap hole cleanliness as a best management practice. The data showed that increasing sanitary practices in the sugarbush to limit microbe growth within any tap holes drilled well before the season starts is warranted.

“Everyone should consider implementing practices, such as the use of check-valve spouts, new droplines, or cleaning, to preserve taphole sanitation and achieve optimal sap production,” Wild said.

At the October 3rd workshop in Lowville, Wild will cover factors that influence how the timing of tapping impacts maple sap yield, and, in a separate session, present basic tubing design and installation for gravity-fed and vacuum sap collection systems. In the 7 pm Cornell Maple virtual workshop on November 24, Wild will present “Maximizing Production in Your Sap Collection System” with a live discussion.

The Northern New York maple industry has grown from a $3.25 million annual industry in 2008 to an estimated $10-12 million industry with room yet to grow in 2021.