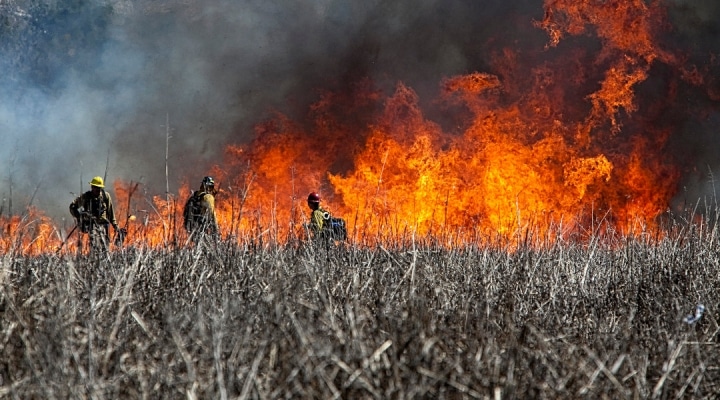 STILLWATER, Okla. — The 2021 wildfire season is here, and while fires rage out west, Oklahomans also need to stay alert.

Oklahoma’s official wildfire season runs from November through March when plant life and vegetation lay dormant across the prairie. March is historically the state’s windiest month of the year, but with most counties currently in a drought, drier air and lower humidity levels could fuel a fire across Oklahoma’s parched landscape at any moment.

“Wildfires can occur any month in Oklahoma. They are wind driven by high wind events during extreme, dry conditions,” said John Weir, an Oklahoma State University Extension specialist in fire ecology with decades of experience in fire training nationwide.

The state’s most recent large wildfire event was the Rhea Fire of April 2018 that burned 286,000 acres in western Oklahoma. Many of the acres were rural, but Weir said there are bordering metropolitan areas currently at risk of succumbing to Oklahoma wildfire.

“Urban landowners who live on the edge of Oklahoma City, Tulsa or Edmond should be concerned,” he said. “There are heavy fuels growing right up against their backyards.”

Weir advised residents should initiate community planning with the assistance of programs like FIREWISE USA, which protects lives and property. For landowners living in remote areas, outside of a municipality where fast and reliable fire support may not be an option, Weir recommended the following precautions as discussed on OSU’s SUNUP:

Flames can consume Oklahoma’s flat grasslands as fast as the fires that burn in states along the western seaboard, but Weir said fires out west are fought with different strategies. Blazes in California, for example, are fueled by vegetation containing flammable oils and compounds, and the topography also poses more of a challenge for firefighters.

“The landscape is steeper, allowing fire to move rapidly up a slope,” Weir said. “The heat rises and preheats everything, causing intense emissions at a quicker rate.”

As fire climbs the terrain of the western U.S., destructive flames threaten remote areas where it is difficult for emergency support to travel and suppress the fire.

“The elevation here ranges from 4,000 feet to 9,000 feet, so topography plays a huge part in how the fire moves,” said Brett Roberts, a city of Tulsa firefighter. He talked about his experience as a first responder while serving in California after working shifts in Idaho and Oregon earlier this year. “When the humidity, wind, fire and sun all align on a ridge, it’s perfect conditions for an aggressive fire.”

In September, Roberts traveled with crews working the KNP Complex fire near California’s Sequoia and Kings Canyon National Parks. Assigned to a division of firefighters, he stages during an incident, provides emergency care and arranges transport. He often accompanies a hand crew or will hike into an area with a hotshot crew. After teaming up with firefighters from across the U.S., he’s learned wildfires in his home state have a national reputation.

“I’ve worked with guys from Florida to New Jersey to New York, and they talk about Oklahoma fire,” Roberts said. “Oklahoma is wide open. The fires are driven by wind, and there’s nothing to stop it.”

Half of Oklahoma’s 45 million acres are flammable areas of forests, rangelands, prairies and pastures, Weir said. Although 1 to 2 million acres are ignited every year for prescribed burns, some regions of the state are more active than others. Additional controlled burns, which are those conducted on a particular piece of land with specific goals and objectives during ideal conditions, are encouraged.

“The more prescribed fire we put on the ground, the less bad fire we’ll have,” Weir said. “Landowners understand the risk of fire, and many try to reduce cedar encroachment. If we could see a third of the burnable area of the state burned every year through prescribed fire, that would be beneficial for the state.”

A raging blaze, controlled or wild, is a scary thought, but the more Oklahomans are proactive with their property, the more apt they are to avoid a devastating fire event. Scorched earth is adaptive and will recover, but a human life is priceless.

“The further we get behind in prescribed fire, the more biofuels will build up and make wildfires more extreme, putting human life and property at risk,” Weir said. 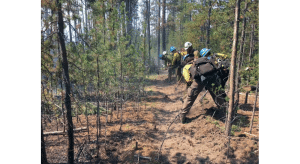 GAINESVILLE, Fla. — Wildfires fueled by dry, windy conditions have destroyed dozens of homes in Texas and threatened hundreds of others there and in Oklahoma and Florida this March. They’re a sharp reminder to be prepared for what forecasters warn is likely to be a risky spring for wildfires, particularly in the southern Plains and Southwest. I’m a fire ecologist and director of the Southern […] 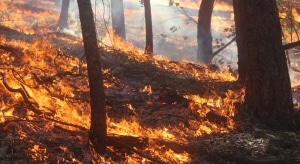 How to build wildfire-resistant communities in a warming world

STILLWATER, Okla. — The risk of devastating wildfires is growing as the planet warms. California and Colorado have both faced record fires in recent years, and states are seeing wildfires at unexpected times, like the December 2021 fire in Boulder County, Colorado, that destroyed over 1,000 homes and businesses. A new report released Feb. 23, 2022, by the United Nations Environment […]