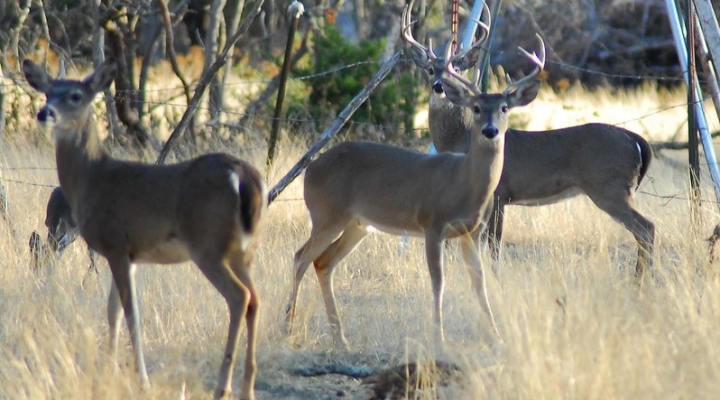 CWD among cervids is a progressive, fatal neurological disease that commonly results in altered behavior as a result of microscopic changes made to the brain of affected animals. (M&R Glasgow, Flickr/Creative Commons)

AUSTIN — In response to the confirmation of chronic wasting disease (CWD) in a free-ranging white-tailed deer in Val Verde County, the Texas Animal Health Commission (TAHC) Executive Director established a CWD High Risk Area Containment Zone (CZ) in a portion of the affected area on December 20, 2019. 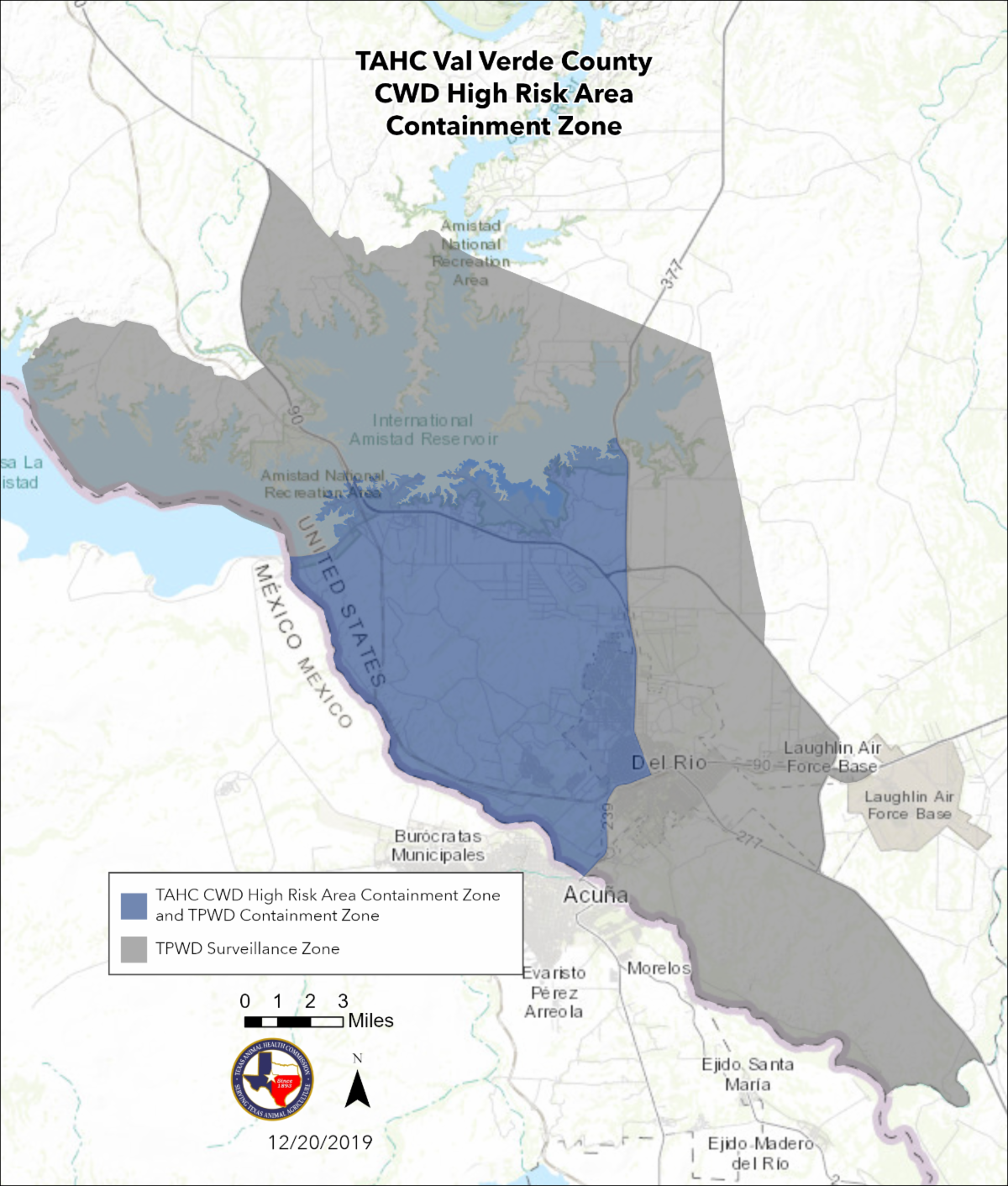 “Though CWD has not been discovered in non-native or ‘exotic’ susceptible species in Val Verde County, we believe the recent detection creates a high risk for exotic species to be exposed to or develop CWD in that area,” said Dr. Andy Schwartz, TAHC Executive Director and State Veterinarian. “By establishing a Containment Zone alongside our partners at Texas Parks and Wildlife Department (TPWD), we hope this will limit the spread of CWD and allow us to better understand the distribution and prevalence of the disease in this area.”

The Executive Director Order declares that portion of the state lying within the boundaries of a line beginning in Val Verde County at the International Bridge and proceeding northeast along Spur 239 to U.S. 90; thence north along U.S. 90 to the intersection of U.S. 277/377, thence north along U.S. 277/377 to the U.S. 277/377 bridge at Lake Amistad (29.496183°, -100.913355°), thence west along the southern shoreline of Lake Amistad to International boundary at Lake Amistad dam, thence south along the Rio Grande River to the International Bridge on Spur 239 to be a CWD High Risk Area Containment Zone (hereinafter referred to as CZ).

The following requirements apply to all exotic CWD susceptible species within the CZ:

TPWD established a CWD Surveillance and Containment Zone in the affected area on December 19, 2019, which restricts movement and mandates testing requirements for native species.

CWD among cervids is a progressive, fatal neurological disease that commonly results in altered behavior as a result of microscopic changes made to the brain of affected animals. An animal may carry the disease for years without outward indication, but in the latter stages, signs may include listlessness, lowering of the head, weight loss, repetitive walking in set patterns, and a lack of responsiveness. To date there is no evidence that CWD poses a risk to humans or non-cervids. However, as a precaution, the U.S. Centers for Disease Control and the World Health Organization recommend not to consume meat from infected animals.

Hunters are encouraged to report any “sick looking” deer, elk, or other CWD susceptible species while hunting in any CWD zone to TPWD. Contact information for the CWD zone check stations is found within the CWD section of the current Outdoor Annual and associated smart device application. To report a “sick looking” deer outside of a CWD zone, contact a TPWD wildlife biologist or Texas Game Warden. TPWD will continue to collect samples from all hunted properties located within the containment and surveillance zone as well as roadkills. The TAHC and TPWD are seeking as many additional samples for testing as can obtain in order to get a better handle on the geographic extent and prevalence of the disease in this area.

A public meeting is being planned by TPWD, TAHC and TAMU AgriLife to gather public comment, provide information, and discuss the containment strategy moving forward. The date, time and location for this meeting will be announced at a later date on the TAHC and TPWD websites and social media accounts.

For more information about CWD, visit the TAHC web site or the TPWD web site.