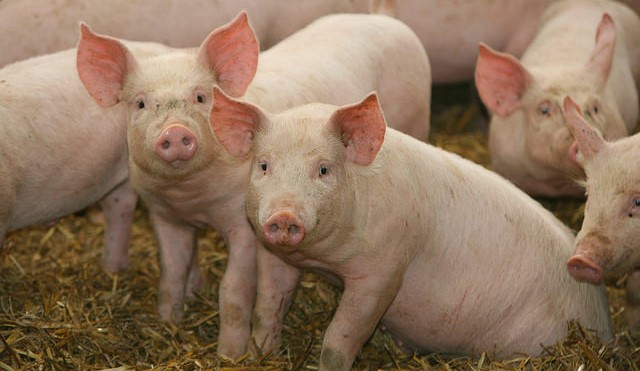 TOKYO — A swine fever epidemic plaguing a central Japan prefecture since last September is continuing to rage with a seventh case identified Tuesday, leading to a cull of 1,600 pigs, local authorities said.

After tests confirmed the fresh case at a farm in the city of Kakamigahara, Gifu Prefecture, prefectural officials requested the dispatch of Ground Self-Defense Force troops to cull and bury the pigs.

The prefectural government also plans to cull about 150 pigs at a wholesale market in Gifu city where a dozen pigs were shipped from the Kakamigahara farm, as well as some 900 pigs at a farm in the city of Motosu that had bought about 80 piglets from the site of the latest outbreak earlier this month.

In the sixth case at Seki, also in Gifu, confirmed in December, about 470 GSDF troops joined prefectural officials to cull 8,000 pigs, according to the Gifu government.

Farm minister Takamori Yoshikawa said Tuesday he has instructed officials to work out new measures for tighter control of the disease.

He added Japan will not be able to export pork to the European Union under a bilateral free trade accord that will come into force on Friday unless swine fever is eradicated in the country.

The current outbreak that began in the city of Gifu in September is the first in the country since 1992. The disease, which has also been detected in wild boars in both Gifu and neighboring Aichi Prefecture, does not affect humans even if an infected animal is consumed.

After the outbreak began, Gifu Prefecture imposed restrictions on shipping hogs and transporting feed crop and droppings in areas near affected farms, but lifted the last remaining restriction on Saturday.

Gifu Gov. Hajime Furuta expressed disappointment Tuesday, saying it is “very regrettable that the fresh case occurred when we were stepping up measures” to contain the disease.

The latest case “will again halt pig shipments that had restarted little by little,” lamented an official of the Gifu pork producers’ association.

'Brew' up your own potting mix