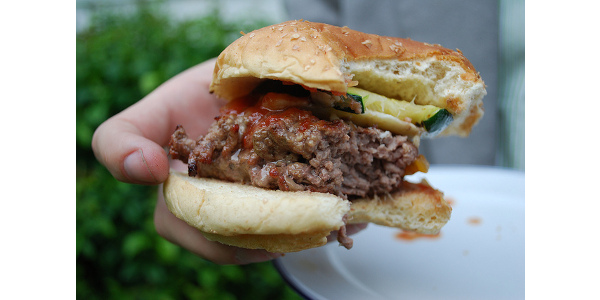 MADISON — According to the latest informal Wisconsin­ Farm Bureau Marketbasket survey, the total cost of 14 food items used to host a summer cookout for 10 totaled $60.35.

“Consumers have grown a closer connection with their food in recent years and the pandemic definitely contributed to that,” said WFBF’s Director of Media Relations and Outreach Cassie Sonnentag. “While it is too early to fully grasp the impact COVID-19 had on our food system, we do know people have returned to eating more at home.”

Of the items that can be compared with the summer of 2019 survey (Wisconsin didn’t complete a survey in 2020 due to COVID-19), eight increased in price. Items with the most notable increase include:

“Although supply issues we witnessed at the beginning of the pandemic have resolved themselves, demand for food products is high, which has led to robust prices, particularly in protein products,” Sonnentag added. “However, shoppers should find discounted deals on typical cookout foods as they shop closer to the holiday.”

In the past, consumers generally spent 55 percent of their total food consumption inside the home and 45 percent outside of the home. According to the U.S. Department of Agriculture, stay-at-home orders led to a significant shift in food-spending patterns, resulting in a 25 percent increase in grocery store expenditures in 2020.

“In the past, a lot of our food efforts were focused on convenience, which quickly became a limited option at the beginning of the pandemic,” Sonnentag said. “We look forward to comparing food trends in another year.”

The USDA reports that farmers receive an overall average of 14.3 cents of every food-dollar expenditure. However, food consumed at home results in a higher share for the farmer at 23.4 cents of every food-dollar expenditure. Using that amount across the board, the farmer’s share of this summer’s $60.45 market basket would be approximately $14.14 for an at-home picnic.

Made up of 61 county Farm Bureaus, Wisconsin Farm Bureau is the state’s largest farm organization, representing farms of every size, commodity and management style.

2021 Ginseng Board of Wisconsin election results