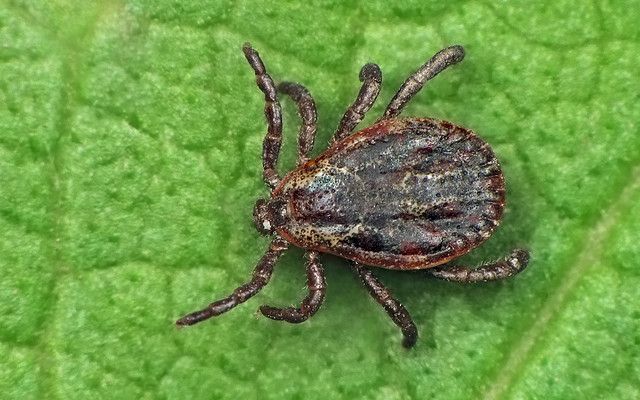 Penn State Extension has established a new vector-borne disease team that focuses on diseases transmitted by ticks and mosquitos. To ensure that its efforts address community needs, the team is launching a survey, the results of which will allow extension educators to deliver responsive programming to educate the public on vector-borne diseases, how to prevent them, and how people can protect themselves. (photo by Ryszard, creative commons/flickr.com)

UNIVERSITY PARK, Pa. — Penn State Extension has established a new vector-borne disease team that focuses on diseases transmitted by ticks and mosquitos. To ensure that its efforts address community needs, the team is launching a survey, the results of which will allow extension educators to deliver responsive programming to educate the public on vector-borne diseases, how to prevent them, and how people can protect themselves.

Pennsylvania ranks among the top three states with the highest rates of tick-borne disease. In 2017, for instance, Pennsylvania had the highest incidence of Lyme disease cases in the U.S., with 9,250 confirmed cases and an additional 2,650 probable cases, according to the Centers for Disease Control.

These statistics inspired Penn State Extension to develop a team dedicated to helping reduce the risk of vector-borne diseases to citizens of the commonwealth.

Arthropod vector-borne diseases that affect humans and animals are caused by parasites, viruses and bacteria and are transmitted by mosquitoes, sandflies, triatomine bugs, blackflies, ticks, tsetse flies, mites, snails and lice, according to Erika Machtinger, assistant professor of entomology in Penn State’s College of Agricultural Sciences.

“Pennsylvania is the one of the largest, if not the largest, state where blacklegged ticks and Lyme disease are endemic and common,” she said. “Therefore, we have more folks that can be affected. Much of that likely is attributed to our habitats in the state, having distinct woodlands as well as an active population that hikes, bikes and hunts. All of those activities can put folks at risk for vector-borne diseases.”

Machtinger said a CDC Vital Signs Report in 2018 stated that vector-borne diseases had tripled in 13 years in the U.S. While high-profile diseases like Zika played a small role, it is the insidious diseases such as Lyme disease and other tick-borne pathogens that made up 75% of that number.

“Our cases of tick-borne disease in the U.S. continue to increase, yet our methods of diagnostics and treatment have not kept up,” Machtinger said. “The best way that folks can protect themselves from both ticks and mosquitoes is with knowledge on personal protection, identification and biology of vectors, and options for controlling vectors in the environment.”

She explained that the goal of the survey is to get a baseline of what Pennsylvania citizens know, what they want to know, and how they want to learn so the team can produce the most effective educational materials.

The information collected will be anonymously provided by residents over the age of 18. The data will guide extension activities in Pennsylvania and will be published in a peer-reviewed journal to help inform development of educational materials by other entities as well, such as neighboring states and other local, state or federal health agencies.

The survey will include basic demographic questions as well as questions about tick identification, biology and control methods to assess Pennsylvania residents’ knowledge.

“This isn’t a test, though,” Machtinger said. “By providing honest responses, we can use this information to develop the educational materials most needed in Pennsylvania.”

The survey also asks questions about where respondents get their information, how they like it to be delivered, and their thoughts and opinions on certain control methods.

The survey can be completed online at https://extension.psu.edu/tickborne-survey.