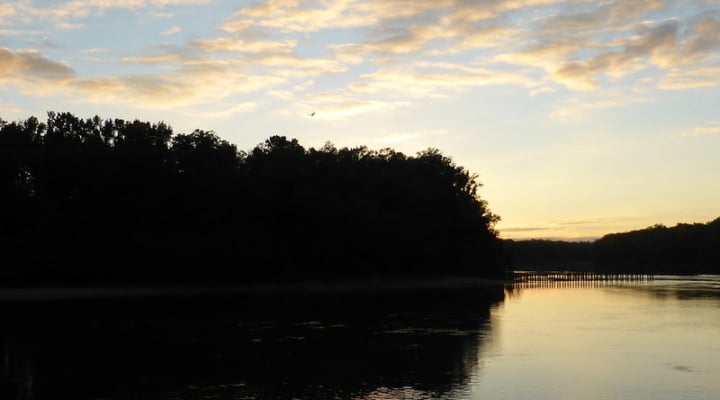 On April 1, the Supreme Court ruled in Georgia’s favor in a lawsuit filed by Florida over access to water in the Chattahoochee and Flint rivers. (photo by Eleanor, creative commons/flickr.com)

MACON, Ga. — On April 1, the Supreme Court ruled in Georgia’s favor in a lawsuit filed by Florida over access to water in the Chattahoochee and Flint rivers.

Florida filed the suit in 2013, claiming that Georgia overuses water from the two rivers, which feed into the Apalachicola River in Florida, ultimately winding up in Apalachicola Bay, where a large portion of Florida’s oyster production occurs. Florida first directed blame on Metro Atlanta, which draws water from Lake Lanier, which is fed by the Chattahoochee, and later at farm use of water from the Flint River in Southwest Georgia. Florida asked the court to place severe water use restrictions on Georgia that would have caused enormous economic harm to Southwest Georgia farms and their communities.

“Georgia Farm Bureau is pleased with the Supreme Court’s ruling in Georgia’s favor in the lawsuit over access to water from the Chattahoochee and Flint Rivers. Farmers in Southwest Georgia could have been devastated by the severe restrictions Florida proposed,” Georgia Farm Bureau President Tom McCall said. “The state of Georgia and Georgia farmers have implemented numerous water conservation measures in the past 25 years that preserve water and minimize the amount of water Georgia farmers use to grow their crops. We think the Supreme Court recognized this with its ruling. Georgia Farm Bureau has worked tirelessly for years to ensure that Georgia farmers maintain access to the level of water required to clothe and feed America and the world. This ruling is an example of the advocacy work Farm Bureau does for farmers and why it’s important that Georgia’s agriculture community support our organization by being a member. We continue to support Georgia’s farmers as they practice responsible water use and constantly pursue improvements in water-use efficiency.”

Georgia maintained that the problems with the oysters were the result of overfishing rather than from Georgia’s water use. The case was initially tried by Special Master Ralph Lancaster who recommended that the court deny Florida’s petition, in part because the U.S. Army Corps of Engineers, which controls the water flow in all three rivers, was not a party to the case.

The Supreme Court sent the case back to the special master. A second special master, Paul Kelly, was appointed to oversee the trial, and he, too, recommended that Florida’s request be denied. Kelly said Florida had failed to prove its case.

Georgia Farm Bureau has supported Georgia’s position in the case.

“The Supreme Court’s unanimous decision is a resounding victory for Georgia and a vindication of years-long effort by multiple governors and attorneys general here in the Peach State to protect our citizens’ water rights,” Georgia Gov. Brian Kemp said. “Our state will continue to wisely manage water resources and prioritize conservation, while also protecting Georgia’s economy and access to water.”