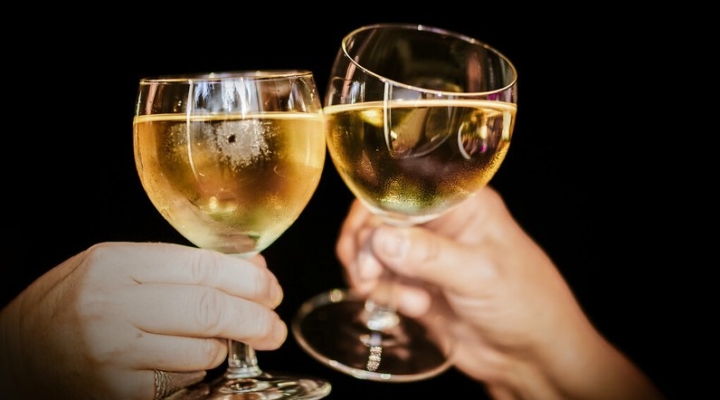 Introduced by Senators Ron Wyden (D-Ore.) and Roy Blunt (R-Mo.) and by Representatives Ron Kind (D-Wis.) and Mike Kelly (R-Pa.), the legislation will make permanent reforms enacted in 2017 that create a fair and equitable tax structure for brewers, winemakers, distillers and importers of all beverage alcohol. (Visit Lakeland, Flickr/Creative Commons)

WASHINGTON — Support for the Craft Beverage Modernization and Tax Reform Act (S.362/H.R. 1175) has reached an all-time high with 315 co-sponsors in the United States House of Representatives and 73 in the United States Senate following a coordinated “Day of Action” that resulted in more than 10,000 engagements from over 3,000 individuals calling on their members of Congress to prioritize the passage of the bipartisan legislation. This number of co-sponsors achieved in just the first session of the 116th Congress exceeds the entire number of co-sponsors achieved in the 115th Congress.

Introduced by Senators Ron Wyden (D-Ore.) and Roy Blunt (R-Mo.) and by Representatives Ron Kind (D-Wis.) and Mike Kelly (R-Pa.), the legislation will make permanent reforms enacted in 2017 that create a fair and equitable tax structure for brewers, winemakers, distillers and importers of all beverage alcohol.

“The widespread bipartisan support the Craft Beverage Modernization and Tax Reform Act has received to date is amazing and America’s craft beer industry is grateful to our many champions in Congress,” said Bob Pease, president and CEO of the Brewers Association. “This legislation has played an integral role in providing financial certainty to more than 7,700 small and independent brewers coast to coast since its enaction in 2017. But, in order to ensure our $79 billion industry continues to contribute, grow and thrive well into the next decade, this critical legislation must be passed before December 31.”

“For the last two years, the Craft Beverage Modernization and Tax Reform Act has enabled distilleries across the United States to expand their businesses, create jobs and reinvest in their communities,” said Chris Swonger, Distilled Spirits Council of the United States president and CEO. “Without this critical piece of legislation, that growth could come to a halt. There is no doubt this bill has broad support. It is time for Congress to act and provide the stability distillers need to continue to generate new jobs and support local agriculture and tourism.”

“Federal excise tax reform has dramatically helped to stimulate craft spirits growth, and a permanent relief is critically important to securing the future of our industry,” added Margie A.S. Lehrman, CEO, American Craft Spirits Association. “Without permanent and immediate reform, the stability of this vibrant industry is bound to be paralyzed. And without the certainty of a long-term reduction, it is impossible for any new or existing distillery to implement a business plan when the wide tax variable threatens the ability to hire new employees, purchase equipment, provide staff benefits, and continue to grow.”

“The unprecedented bipartisan support for the Craft Beverage Modernization and Tax Reform Act reflects the increasing realization by legislators that wine, beer, spirits and cider are vital economic engines that stimulate investment, jobs, tourism, and taxes at all levels of government and in all states,” said Jim Trezise, president of WineAmerica. “It is also a tribute to the beverage coalition partners in these sectors that they have worked together so effectively to educate official Washington about the benefits of this proposed legislation. Cheers!”

“Regional ciders have performed very well over the past two years in large part due to federal tax relief. It has allowed small cider makers to reinvest more of their hard earned dollars in physical and human capital, providing a stronger base for additional growth,” said Paul Vander Heide, president of the United States Association of Cider Makers. “The cider industry is predominantly made up of small producers that now rely on a more competitive tax structure to be successful in the alcoholic beverage industry. The cider industry appreciates the broad bipartisan support of this bill and we hope that congress will recognize its importance by voting for its permanence.”

“These tax cuts represent a major milestone for the mead industry. In addition to the historic achievement of being the first mead-specific federal tax relief, the funds freed up by the CBMTRA allowed fast-growing meaderies to buy tanks, hire staff, and open new locations. It is of vital importance to our 500+ meaderies that we renew the cuts and continue providing opportunities for growth” said Sergio Moutela, president of American Mead Makers Association.