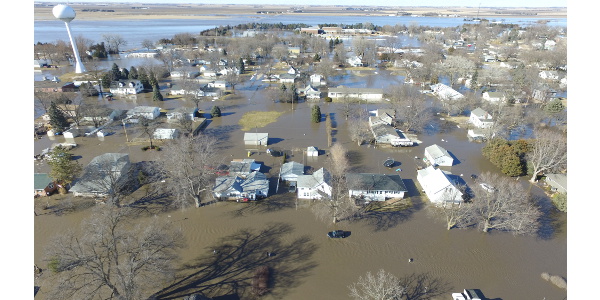 LINCOLN, Neb. — With recent storms and significant flooding impacting much of the state, Nebraska Corn is thankful for the outpouring of support at the local and national levels and said there are still opportunities for farmers to help in relief efforts.

“Farmers often help out neighbors in need,” said Dan Nerud, farmer from Dorchester and president of the Nebraska Corn Growers Association. “These relief programs are great ways to extend the generosity of our producers. Farmers can simply deliver grain to their local elevator and designate the entire load or a percentage of the load to relief efforts. Farmers will get a receipt for their contribution and 100% of the dollars from the sale of that grain will go to help their neighbors in need.”

Interested donors can also help rural farmers and ranchers by making direct donations to the Nebraska Farm Bureau Foundation or the Nebraska Cattlemen Foundation. Checks can be sent to the following addresses:

“Recent storms and flood waters have been devastating, and it’s difficult to imagine what impacted farmers, ranchers and rural residents are going through,” said David Bruntz, farmer from Friend and chairman of the Nebraska Corn Board. “Fortunately, those involved in agriculture help those who are down on their luck. It’s impossible to undo what has happened, but when we all come together, we can make the devastation easier for many Nebraska families. We appreciate everyone’s efforts and contributions in keeping #NebraskaStrong.”

Hard-working horseman is Aggie of the Month