Home / Missouri / Supply chain issues cause Thanksgiving prices to jump
A new user experience is coming! We'll be asking you to login to your Morning Ag Clips account March 1st to access these new features.
We can't wait to share them with you! Read more here. 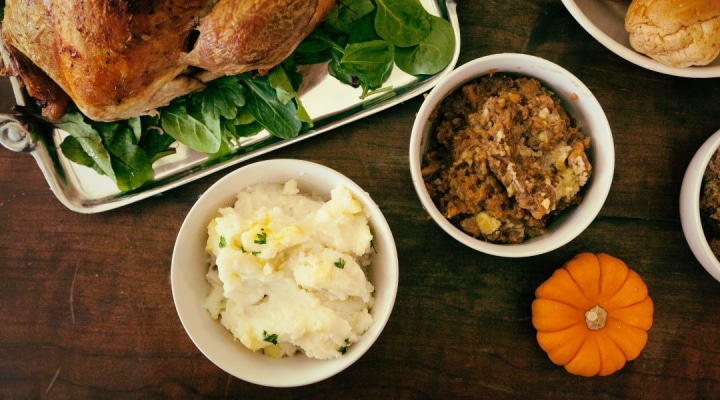 While Thanksgiving food prices are higher, Garret Hawkins said that data collected in Missouri found that shoppers can expect to find better deals for the “sweet” dishes, as grocery stores locally showed lower prices for cranberries and ingredients for a delicious pumpkin pie. (Pro Church Media/Unsplash)

JEFFERSON CITY, Mo. — Turkey, gravy, and all the fixings make for many happy campers around my house during the Thanksgiving season. Unfortunately, as we’ve been reporting and have seen firsthand statewide, the ongoing supply chain hold ups combined with inflation will hit our wallets on these purchases too. Compared to last year’s average cost, which was the lowest since 2010, the cost of this year’s feast is higher. The American Farm Bureau Federation reported last week that the price of a 12-item Thanksgiving basket for 10 people will cost approximately $53, up about 14 percent from last year.

While that number is a national mark, recorded by volunteers throughout the country, Missouri’s numbers taken by some of our own volunteers are similar in most categories. However, Missouri shoppers can expect to find better deals for the “sweet” dishes, as grocery stores locally showed lower prices for cranberries and ingredients for a delicious pumpkin pie.

Farm Bureau has been ahead of the curve in reporting about supply chain issues in recent months, including in our own Commentary series. However, it’s important to note that in the food supply chain, just eight cents of every consumer food dollar are attributable to farm production. The rest is for food processing, packaging, transportation, wholesale and retail distribution, food service preparation and other marketing costs.

In some instances, survey respondents reported much more product substitution this year. For example, volunteers couldn’t find the brand they typically bought because it was out of stock. This resulted in different brands or different product sizes being purchased compared to usual, which can increase costs, frustrations and waste.

However, in a bit of good news, grocery stores began advertising lower feature prices later than usual this year, which means consumers who have not yet purchased their Thanksgiving groceries should be able to find them at a lower cost than the Farm Bureau national average.

Whether you’re dining with family and friends or doing so on your own this Thanksgiving, know that Missouri farmers and ranchers are working every day to produce high-quality, delicious food for plates throughout the nation and the world. During this incredibly busy time of year, I hope we find time to gather and be mindful of what we have to be grateful for.