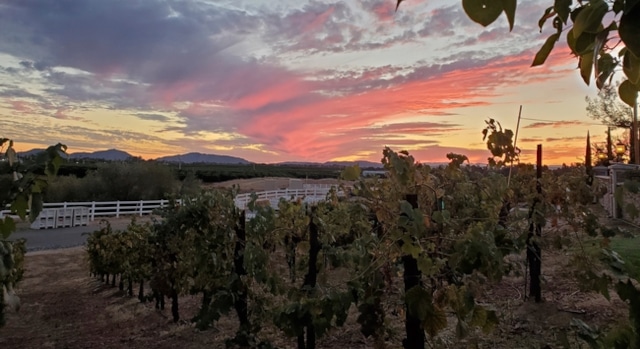 As winter transitions to spring, grape growers will have to grapple with the prospect of herbicide shortages due to ongoing supply chain issues. (Photo by Rita Jakel)

DAVIS, Calif. — Driving through her vineyards on a chilly morning in December, Hortencia Alvarado is taking comfort – for now – that the weeds she sees are all yellow. But there remains a nagging worry that, like the pesky plants, is merely lying dormant for the season.

When March rolls around, and the first signs of new green growth appear on the vines, Alvarado and other vineyard managers will again have to confront the ongoing shockwaves of the global supply-chain crisis.

Growers of grapes – the third-highest valued agricultural commodity in California at $4.48 billion in 2020 – likely won’t be able to access the herbicides that they usually apply.

“I definitely need to start thinking and considering it because I don’t want to be in that situation where I don’t have [the herbicide] when I need it,” said Alvarado, a vineyard manager in the San Joaquin Valley.

She first noticed the effects of the shortages this past August, during the application following the harvest of early varietals. Alvarado’s agricultural pest control adviser had recommended a different product, instead of their usual standby, Rely – because none of the handful of suppliers in California could find it.

Then Alvarado’s foreman started reporting that the substitute wasn’t controlling the weeds.

They quickly pivoted to their mechanical weeder to chop up the weeds, but that’s been an imperfect solution. They only have one machine and it would take three or four machines to adequately weed the nearly 3,000 acres that Alvarado manages.

The need for more machines or labor is just one result of the herbicide shortage, said George Zhuang, University of California Cooperative Extension viticulture farm advisor in Fresno County. Zhuang has received “a lot” of calls from growers about the chemical supply issues, which are also affecting fertilizers. He’s been urging them to move away from traditional herbicides to mechanical means or biocontrol such as sheep or fowl – even though they might be more expensive.

Zhuang estimates that while a weed program comprises 5% to 10% of total production costs in a normal year with the usual herbicides, the use of nonchemical alternatives could hike that percentage up to 10% to 20%. In addition to their impact on the bottom line, effective herbicides are especially crucial to grape growers because vines – unlike tree crops – cannot naturally shade out weeds with expansive canopies.

“Right now, people can still scramble around and find some limited chemicals to make sure the crop is successful for the harvest, but if the situation goes for another year, I think there’s going to be a panic in farming communities,” Zhuang said.

Unfortunately, the availability of certain products is likely going to be “challenged” into at least the middle of 2022, according to Andy Biancardi, a Salinas-based sales manager at Wilbur-Ellis, an international marketer and distributor of agricultural products and chemicals. Biancardi said that the suppliers he talks to are advising people to make preparations.

The supply of glyphosate, the key component in products such as RoundUp (used by many Midwestern farmers), appears to be most affected, Biancardi said. As a result, that shortage has put the squeeze on alternatives such as glufosinate, used in products like Rely – the herbicide favored by many California grape growers.

“The cost of glufosinate has definitely gone up because there just isn’t enough, so everyone is obviously marking it up,” said Biancardi, who estimates that prices for both glyphosate and glufosinate are up 25% to 30% for growers.

Alvarado said that while large commercial operations are able to pay the premium prices or shift to other weed control measures, some smaller growers have essentially given up the fight – simply letting the weeds take over.

“They’re just letting it go wild until the dormant season,” she said. “They’re hoping that – by when they do start to spray [around March] – they’ll hopefully have that Rely.”

Large-scale growers and retailers are buying up those scarcer products when they can, in anticipation of future shortages during critical times. Biancardi said that while his company traditionally runs inventories down at the end of the season, they are instead stocking up on herbicides that customers will demand.

“Careful planning and forecasting is going to be more important than ever, that’s really the key,” he said. “At this point we can’t guarantee ‘business as usual,’ based on what we’re hearing.”

Shaking off old habits might actually bring some benefits to business, according to Alvarado, as a forced shift away from chemicals could prove to be a selling point for customers, from a sustainability and marketing standpoint.

“Out of this shortage, there might be some good, some wins,” she said, “but at the same time, we’re going to need some answers – I think it’s going to be a bumpy road.”

Calling the confluence of drought, record heat and a shortage of chemicals a “perfect storm,” Zhuang said that consumers could start feeling those jolts as well. 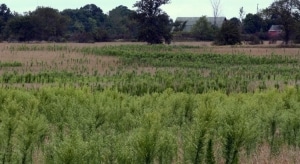 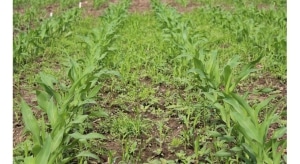 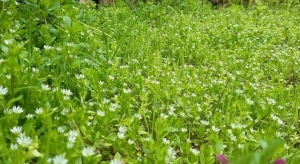 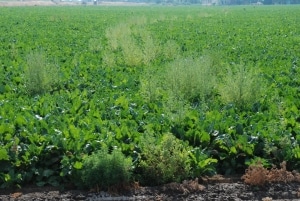 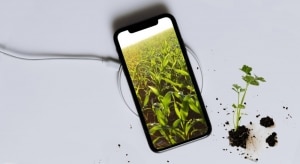 Alternative weed control - we'll have an app for that

RALEIGH, N.C. — Cover crop use was steadily rising on farms in the early 2000s, with 60% of corn growers reporting their use. But in recent years consistency has wavered. “Many growers see cover cropping as a more complicated system than traditional tillage. It may have soil benefits, but it was another layer of methodology […]