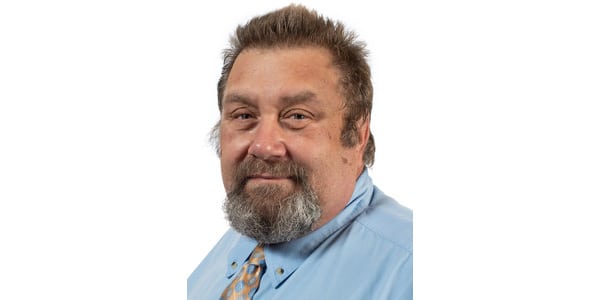 If you or your community would like to discuss succession planning, contact Richard Proffer at 573-243-3581 or via email. (extension2.missouri.edu)

JACKSON, Mo. — Many small rural towns in Missouri have a large population of aging baby boomers. They are retiring at the rate of 10,000 per day or over 4 million annually, according to the Washington Post. But what are they doing with their business assets when they retire?

Research from University of Minnesota Extension indicates there are three barriers to rural succession planning. The first one is a lack of discussion on the importance of succession planning. The second one deals with barriers to the actual process related to finances, time and confidentiality. The final one involves having other available resources to assist in the planning and actual transfer of ownership.

With the Small Business Administration saying small businesses create over 64% of all new jobs in the United States, they are the real lifeblood in any community. But small businesses are of particular importance to small rural Missouri communities. Along with creating jobs in small towns, they also provide a broader support base for a town by being active in civic functions and social events. The concept that the place where these businesses exist is also home to the business owners creates a very strong tie. That tie helps make the small community stronger, which creates the case for the business to stay open when retirements occur. It can be said that the smaller the town, the bigger the impact a business has on the town.

Before a community can work on the first barrier, they need to realize that there are actually two transfers happening simultaneously when a business is sold. The first one is a “transfer of ownership,” which is a legal, tax and finance issue and pretty cut and dried. The second is a “transfer of leadership,” which deals with knowledge, management capacity and the social capital provided to the new owner. The first one is very important to the retiring owner, while the second one is very important to the community. To address this lack of conversation, an effort to educate the current business owners on succession planning needs to be conducted.

The second obstacle oftentimes stems from actions taken by the current owner and a lack of succession planning knowledge. It can manifest in issues ranging from overestimating the worth of the business that’s for sale to not telling others the business is for sale to inadequate records. Surprisingly, though, sometimes the selling owner wants to stay involved in the business after it has been sold, which can hamper the new owner’s ability to operate. Sometimes it is the owner taking the easier approach and just closing the business. Again, education appears to be the best solution to remedy this situation.

The final obstacle is the actual sale. Many rural communities do not have access to business brokers to help smooth the sale process between the seller and the buyer. Finding financing to buy the business is another big factor. An interesting finding of Minnesota Extension research indicates that older business owners do not want to sell to older citizens. At a time when baby boomers are retiring and have more available capital to use, they are seeing the door closed to them by people of their own generation. A lack of community resources is another reason for a difficult sale. If a community has no local bank, accountant, attorney or a pro-business local government, then the potential owner has nowhere to turn for advice.

Research suggests that if rural businesses can be kept open rather than closing that not only are businesses retained, but business expansion occurs. Minnesota Extension found that new owners reported hiring more people, growing their customer base and increased sales. That is another success story that would not have happened if the business just closed.

So Missouri small towns are at a point where retiring baby boomers want to do something locally, but may not have the resources. The same is true for existing business owners who want to sell their business but do not know how. The answer appears to be in a meeting of the minds and having conversations about succession planning.

If you or your community would like to discuss succession planning, contact Richard Proffer at 573-243-3581 or via email.

Planning for the future emphasized at grain and soybean conference
March 12, 2020

Returning to the Farm Seminar
November 20, 2019