Home / DelMarVa / Successful management of SCN starts with a soil test
A new user experience is coming! We'll be asking you to login to your Morning Ag Clips account March 1st to access these new features.
We can't wait to share them with you! Read more here. 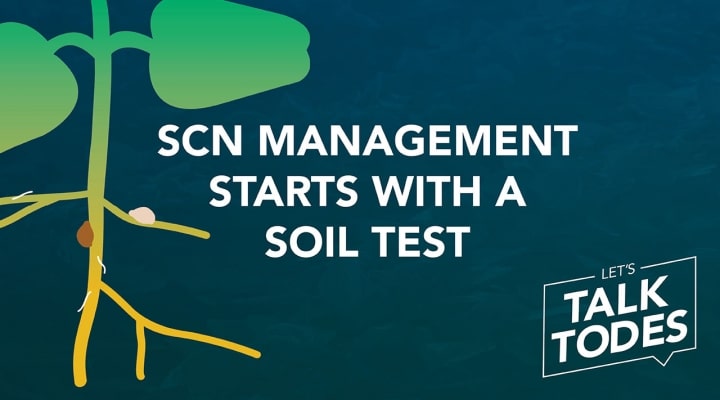 WAUKESHA, Wis. — The SCN Coalition encourages soybean growers to know which fields have soybean cyst nematode (SCN) and at what population densities. Harvest is the ideal time to test soil for SCN.

“In the Midwest, surveys have shown SCN to be found in 50% to 80% of fields,” says Tylka. “If a grower doesn’t know he or she has it and isn’t actively managing it, potential yield can be lost. After the results of the soil test are known, growers can select SCN-resistant soybean varieties and determine if a seed treatment is needed, or they might alter the rotation and slot in a second year of corn to try and reduce SCN population densities even more.”

Tylka says once SCN is detected, it will always be there at some level, which is why he encourages soybean growers to find it before populations explode. “It’s always there and it’s always going to be reducing yield. It might be 3 or 4 bushels per acre or it might be 23 or 24 bushels per acre. But you won’t know until you test your soil,” he adds.

Bissonnette says a SCN soil test can also demonstrate if a grower’s management is effective. “After you have a baseline, coming back and testing soybean fields after harvest will tell you if modifications need to be made.”