Home / National / Study shows benefits of ethanol over gasoline
A new user experience is coming! We'll be asking you to login to your Morning Ag Clips account March 1st to access these new features.
We can't wait to share them with you! Read more here. 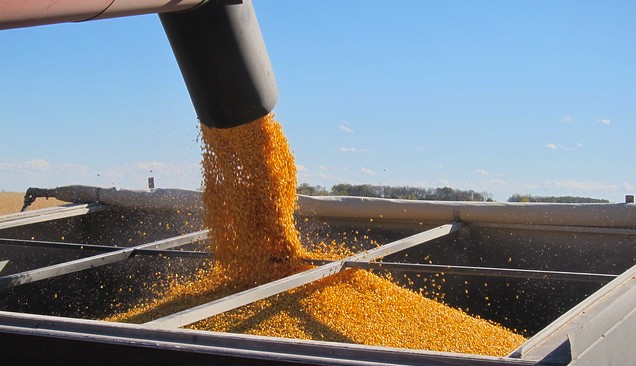 “These new findings provide further evidence that biofuels from America's heartland reduce greenhouse gases even more than we thought, and that our farmers and ethanol plants continue to become more efficient and effective,” said Secretary Sonny Perdue. (Tobin, Flickr/Creative Commons)

“These new findings provide further evidence that biofuels from America’s heartland reduce greenhouse gases even more than we thought, and that our farmers and ethanol plants continue to become more efficient and effective,” said Secretary Sonny Perdue. “President Trump has made it abundantly clear he is unleashing the full potential of American energy production as we retake our rightful place as the world’s leader. Expanding the sale of E15 year-round will provide consumers with more choices when they fill up at the pump, including environmentally friendly fuel with decreased emissions. I appreciate EPA Administrator Andrew Wheeler moving expeditiously to finalize the E-15 rule before the start of summer driving season.”

The study, led by Dr. Jan Lewandrowski of USDA’s Office of the Chief Economist, and published in the journal Biofuels, supports findings of other research that ethanol has a significantly better greenhouse gas profile than previously estimated.

The study, titled “The greenhouse gas benefits of corn ethanol—assessing recent evidence,” attributes much of these additional benefits to revised estimates of the impacts of land-use change as a result of demand for ethanol. Where previous estimates anticipated farmers bringing additional land into production as a result of increased corn prices, recent analysis finds only modest increases in crop acreage. Additional improvements at ethanol refineries, combined with on-farm conservation practices that reduce greenhouse gas emissions, such as reduced tillage and cover crops, have further decreased emissions associated with corn ethanol. The study projects that with added improvements in refineries and on farms, a reduction of over 70 percent in lifecycle emissions is possible by 2022.

More information on the greenhouse gas profile of biofuels is available at www.usda.gov/oce/oeep.