Home / National / Study sheds light on major disease in roses
A new user experience is coming! We'll be asking you to login to your Morning Ag Clips account March 1st to access these new features.
We can't wait to share them with you! Read more here. 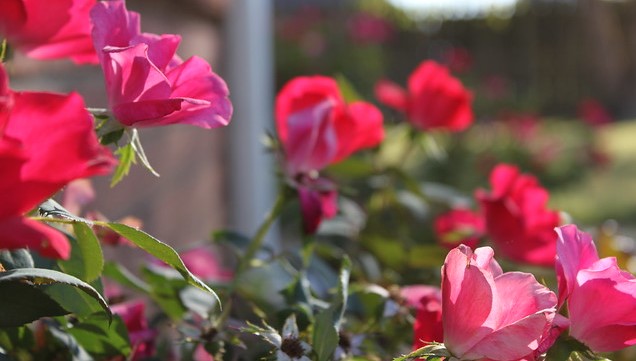 The rose bud mite (Phyllocoptes fructiphilus) is about half the size of a grain of salt, but it spreads rose rosette virus (RRV), which is responsible for an incurable rose disease found in 30 states. (Jay Knight, Flickr/Creative Commons)

BELTSVILLE, Md. — Agricultural Research Service (ARS) scientists in Beltsville, Maryland and their colleagues have discovered why a mite is causing extensive damages to the nation’s $250-million-a-year rose industry and why it’s so hard to detect and control. It seems the mite hides deep in the flower’s internal organs.

The rose bud mite (Phyllocoptes fructiphilus) is about half the size of a grain of salt, but it spreads rose rosette virus (RRV), which is responsible for an incurable rose disease found in 30 states.

A study by researchers at the ARS Electron and Confocal Microscopy Unit and their colleagues produced stunning, high-resolution images that, for the first time, identified the mite’s “hiding spots” deep within rose flowers and leaf buds. The images showed the mite at the base of the rose’s glandular hairs on the sepals, which are tiny leaf-like appendages in the base of the flower. By imbedding itself so deeply among the inner floral parts, the rose bud mite can avoid sprays or other treatments applied as controls.

The images also showed two other mites on roses, including one (Eriophyes eremus) that was found in the folded stipules at the base of the leaf stalk. The other mite (Callyntrotus schlechtendali) was discovered on the open surface of the leaves. It was the first time these two mites were found on roses in the Americas.

The findings should prove useful to rose producers, breeders, growers, scientists and others trying to find ways to control rose mites. Several predatory mites, for instance, were also found on roses sampled and could potentially be used as biological controls. Roses from 10 states and the District of Columbia were sampled in the study.

The study’s lead author is Gabriel Otero-Colina, from the Colegio de Postgraduados in Texcoco, Mexico. He was a visiting scientist at the ARS microscopy unit. Gary Bauchan, who is director of the unit, is the study’s corresponding author. Co-authors include researchers from West Virginia University, and ARS researchers from the National Arboretum’s Floral and Nursery Plants Research Unit also located in Beltsville.

Results were published in the Journal of Environmental Horticulture.