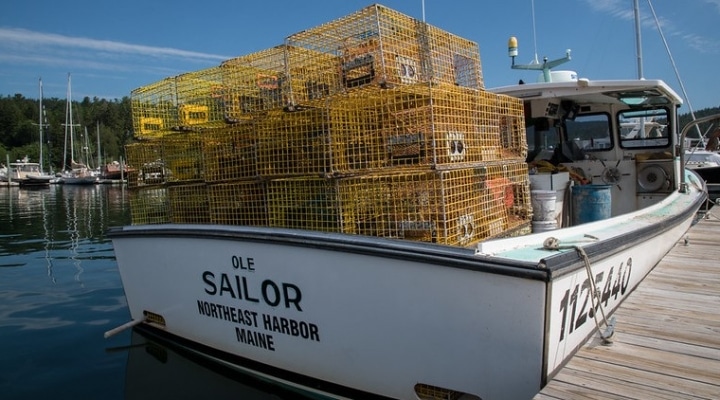 American fishermen caught more than 126 million pounds of lobster last year. More than 100 million of those pounds came to the docks in Maine. (U.S. Department of Agriculture, Public Domain)

PORTLAND, Maine (AP) — The American lobster population is in decent shape off of Maine and Canada, but continues to decline in southern New England, according to an assessment by an interstate regulatory group.

The stock assessment released by the Atlantic States Marine Fisheries Commission’s American Lobster Board lines up with previous analyses of the lobster fishery. Lobster fishermen pulled in record catches of the crustaceans off Maine in the last decade, but the catch collapsed off more southern states such as Connecticut.

Environmental changes have made the more southern waters less hospitable for lobsters, scientists have said. Warming temperatures off southern New England have made it difficult for them to grow and reproduce.

The lobster board’s assessment said the crustaceans are showing record high abundance in the Gulf of Maine and Georges Bank, which are a pair of key fishing areas further to the north and east. The Gulf of Maine has long been the center of the lobster fishery. The body of water touches the Maine coast and Atlantic Canada.

American fishermen caught more than 126 million pounds of lobster last year. More than 100 million of those pounds came to the docks in Maine.