Home / New England / Maine / Study links active forest management to reduced tick populations
A new user experience is coming! We'll be asking you to login to your Morning Ag Clips account March 1st to access these new features.
We can't wait to share them with you! Read more here. 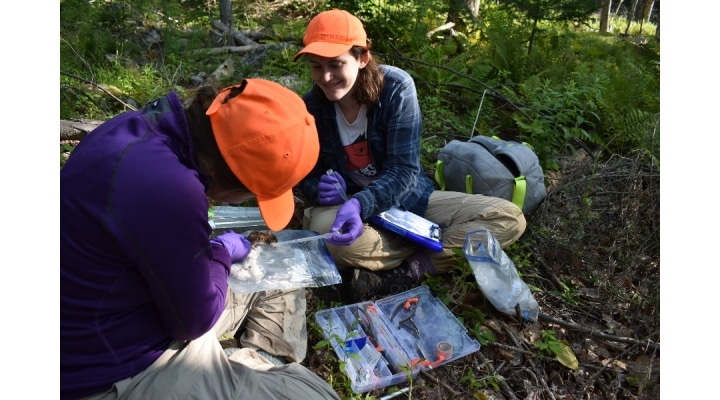 ORONO, Maine — Active management of forests, including timber harvesting to meet silvicultural objectives, can influence the transmission dynamics of tick-borne diseases such as Lyme, anaplasmosis and babesiosis, according to a new study by a team of University of Maine researchers.

Christine Conte, an ecology and environmental sciences student who earned a master’s degree from UMaine in 2019, led the study of blacklegged tick populations in recently harvested and unharvested forest plots to determine the impact of forest management on nymphal tick abundance and infection prevalence. The study was conducted in Hancock County, Maine on privately owned small woodlots and land trust properties.

A subset of blacklegged ticks collected from all sites in year one of the two-year study were tested for the pathogens Borrelia burgdorferi, Anaplasma phagocytophilum and Babesia microti. Active forest management, which was shown to limit nymphal tick populations and the density of adult ticks, reduce host density to divert blood meals away from pathogen competent hosts, and create environmental conditions that reduce tick viability, did not appear to impact infection prevalence among blacklegged tick nymphs.

Twenty percent of blacklegged ticks tested positive for B. burgdorferi, the causative agent of Lyme disease; 2% were positive for A. phagocytophilum, which causes human granulocytic anaplasmosis; and 3% were positive for B. microti (human babesiosis). Results suggest that overall, the density of nymphs rather than nymphal infection prevalence drives entomological risk of infection with tick-borne disease in this system.

The team’s findings, published in the journal EcoHealth, suggest that managing  forests to support forest health may also provide a sustainable method of reducing the risk of exposure to pathogens and zoonotic diseases via biotic and abiotic tick control mechanisms that impact habitat quality. Ongoing research efforts, including the Maine Forest Tick Survey, seek to build upon these findings.