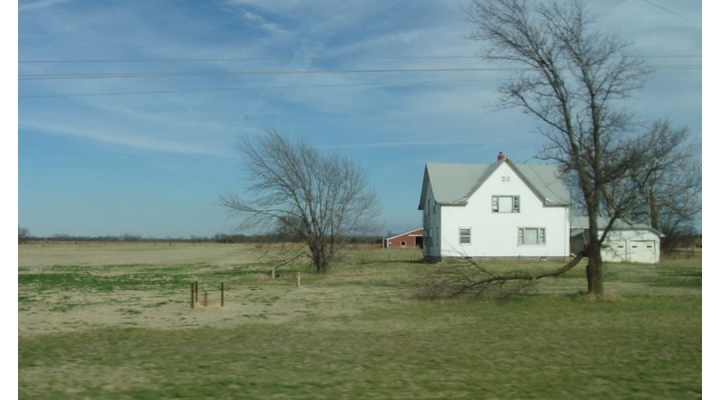 A 10-year analysis by Kansas State University farm management economist Greg Ibendahl indicates that, while some farms lose money every year, it is not always the same ones. (Photo: Janice Waltzer, Flickr/Creative Commons)

MANHATTAN, Kan. – Even when times are good, some Kansas farmers are losing money. It’s the nature of a business that is often at the mercy of weather, disease, fluctuating markets and more.

But a 10-year analysis by Kansas State University farm management economist Greg Ibendahl indicates that it is not the same set of farms that are losing money regularly.

“Things like weather and pricing and marketing decisions have an influence on what happens to net farm income,” Ibendahl said, “and those are the things that change a farmers’ ability to earn a profit in any given year.”

“Farmers are sometimes good at marketing, and sometimes they’re not. Sometimes it depends on when they pull the trigger (on selling their crops or livestock).”

Ibendahl studied data available through the Kansas Farm Management Association, an organization that has provided individual service to the state’s farmers for more than 80 years.

For this particular analysis, he used KFMA data from 2011 to 2020 to look at the average net farm income in Kansas, including the number of farms that experienced losses.

“Even in the very best years, we always have a group of farms with negative net income,” Ibendahl said. “For example, 2020 was a really good year for farm profitability in Kansas. But we still had 9% of farms that had negative net farm income.”

The losses, however, are more pronounced in down years. In 2015, Ibendahl said 40% of Kansas farms studied had negative net income.

“So my question was when I looked at our data… is this the same set of farms, because if it is, I don’t think they’re going to stay in business,” Ibendahl said.

Turns out, it was not the same farms losing money year after year.

“We found out that if you take the 10 year average of all farms (studied in the KFMA database), only 5.5% of those farms had a 10 year average below zero,” Ibendahl said.

During the 10 years studied, roughly two-thirds of Kansas farms lost money two or fewer years. “There’s really only a handful of farms during that time that had negative net farm income for five years or more. And there could be more factors at play,” Ibendahl said.

The analysis did not take into account an increase in land values over the same period, so Ibendahl says farmers’ losses may not be exactly as the statistics indicate.

More information on the Kansas Farm Management Association and services available through that organization also is available online.