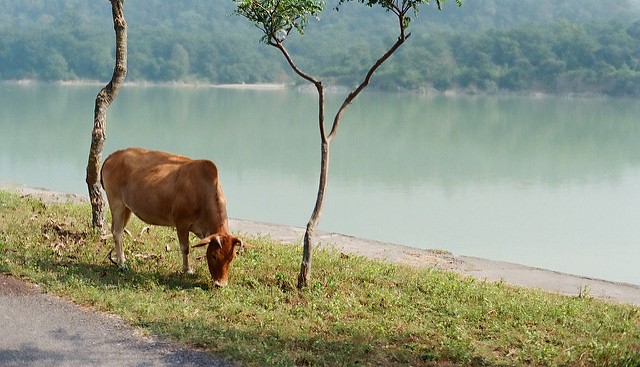 Since the government began closing cow slaughterhouses in 2017, many farmers have abandoned their cattle, unable to continue feeding them after they stop producing milk. (keico taguchi, Flickr/Creative Commons)

NEW DELHI (AP) — Authorities in India’s most populous state have been ordered to bar code stray cows and use vacant buildings to shelter them in response to farmers’ complaints that the closure of slaughterhouses has created a menace of crop-destroying, free-range cattle.

An order by the Hindu nationalist-led Uttar Pradesh state government this week also says that officials should use radio frequency identification technology to scan the tags to help keep track of stray cows.

Since the government began closing cow slaughterhouses in 2017, many farmers have abandoned their cattle, unable to continue feeding them after they stop producing milk.

Slaughtering cows is banned in parts of predominantly Hindu India, including Uttar Pradesh state. Cows are considered holy by Hindus.

Earlier this month, fed-up farmers in the city of Agra herded a group of stray cows into a government school building, forcing school children to attend class outdoors.

Surendera Narain Pandey, a farmer, said that he used to sell an old cow for up to 10,000 rupees ($140), using the proceeds to buy a milk-yielding one that costs five times more.

“The situation has changed. We cannot afford to feed an unproductive cow now,” he said.

Unravelling the workings of a major bee pest