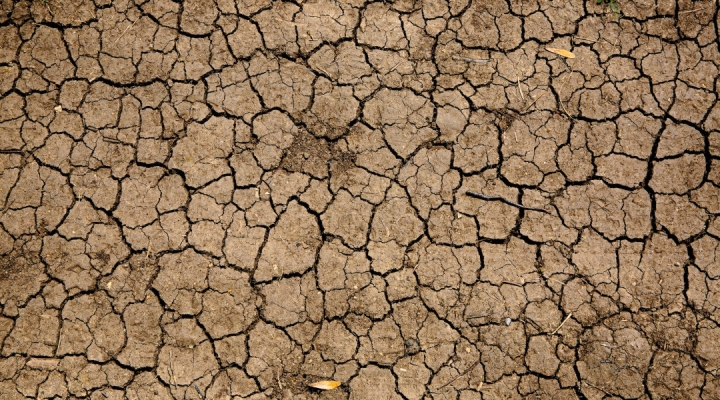 Visiting with cattlemen in Angelina County and others nearby, I think I’ve learned how to ask how bad it is, without having to ask any personal financial numbers. Case in point, many of the producers that I have visited with say they are between 25% and 50% of normal hay production. Worse, some have even admitted that they had needed to feed hay in the summer. Feeding hay in the summer! Summer is the time when excess forage is cut, cured, and baled for the winter when grass is not supposed to grow. (Photo by Mike Erskine on Unsplash)

ANGELINA CO., Texas — With the worst of this summer hopefully behind us, and sputtering’s of rain starting back into our local area, could the last of this drought be behind us?

And what does that mean for cattlemen and hay producers?

Truthfully, we have a way to go. I confess that I get too giddy about fall far too early. When we experience the first relatively cool spell of fall sometime in September, I get far too optimistic.

The hard fact remains, we are behind in rainfall, and this will take some time and effort to remove ourselves from this parched situation. Barring a hurricane that drops a wonderful amount of rain across the state yet miraculously doesn’t have too much rain to cause flooding or high winds to result in structural damage, this recuperation will take time.

Visiting with cattlemen in Angelina County and others nearby, I think I’ve learned how to ask how bad it is, without having to ask any personal financial numbers. Case in point, many of the producers that I have visited with say they are between 25% and 50% of normal hay production. Worse, some have even admitted that they had needed to feed hay in the summer. Feeding hay in the summer! Summer is the time when excess forage is cut, cured, and baled for the winter when grass is not supposed to grow.

Even with half the typically needed winter hay supplies, livestock numbers would have to reduced by half to make that equation work. Indeed, many have begun to cut down herd size. Contrary to some earlier media accounts, we have not seen a massive sell off locally, though numbers at the auction barns have been higher.

And fortunately, with national beef cattle numbers low, cow prices at the auction have not taken too serious a hit. These decent prices will help the pocketbook in the purchase of winter feed rations and, perhaps, can be used to rebuild herds when the forages return, and normal grazing can resume.

We must give a shout out to our US Dept of Ag for the assistance program called “Emergency Assistance for Livestock, Honey Bees, and Farm-Raised Fish Program”. Known simply as ELAP, this helps to cover above normal expenses for hauling water or feed to livestock or hauling livestock to forage or grazing acres.

ELAP provides financial assistance to livestock producers who incur above normal expenses for transporting feed to livestock during drought. The payment formula excludes the first 25 miles and any mileage over 1,000 miles. The reimbursement rate is 60% of the costs above what would normally have been incurred during the same time period in a normal (non-drought) year.

Digging thru the details and studying the numbers, some producers have identified high quality hay such as alfalfa and other legumes that fit under the 1,000-mile formula that can be a very reasonable feed option. With the reimbursement rate just over half of “normal” costs, the enterprising producer may see some real opportunity here.

For more information, be sure to call your local USDA Farm Service Agency office. If you don’t know who that is in your county, do an internet search for “USDA FSA service center location.”

But what about the anticipated hay shortfall? Let’s revisit winter pastures, specifically a “limit-graze” system to extend the benefits of planted winter pasture.

We say winter pasture as a reference to the intentional planting of forages in the fall that are able to be grazed in the winter months, before the normal spring green up. This intentional input has a real expense and is not without some risk. Planting a small grain (such are rye, wheat, or oats) in October can generate grazing opportunities as early as December and will provide quality forage long before any naturally reseeding ryegrass becomes available in March.

Winter pastures have traditionally been annual ryegrass, small grains (like those mentioned above), cool season clovers, and a few others. It is my opinion that the small grains offer a real opportunity to cut short winter hay requirements.

To further capitalize on the costs and inputs needed to graze a winter pasture, those stockmen who “limit-graze” these pastures will find the most efficient use of inputs. Stated simply, limit grazing is when a herd is only allowed to graze for a short amount of time during the day. Is this a new concept? Not at all. Will this take some serious time each day to be effective? Absolutely.

Finally, is it worth considering? I believe this can work for several beef producers. In fact, it may be one of the few management options that can get us out of a wreck of a drought. I encourage all who are interested in this to study up on winter pastures as well as the management of limit grazing. Look for hard research on this and give your local Extension agent a call to see if this might work for your scenario.