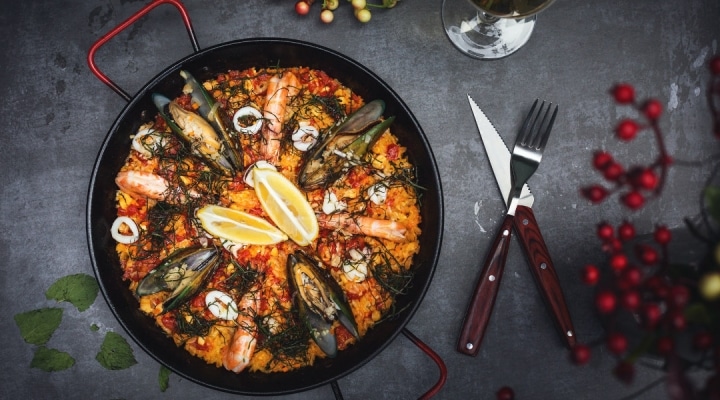 The U.S. is the world's largest net seafood importer, with a growing dependence on imports. (Photo by Ting Tian on Unsplash)

SANTA BARBARA, Calif. — The “Executive Order on Promoting American Seafood Competitiveness and Economic Growth,” issued by the Trump administration in May 2020, lays out a plan to expand the U.S. seafood industry, especially aquaculture, and enhance American seafood competitiveness in the global market.

The goals of the directive are focused largely on growth and expansion of the industry, which includes wild-caught fisheries and farm-raised products, as well as recreation, processing and other industries that rely on fishing.

“The seafood industry in general is worth about $200 billion and accounts for 2 million jobs in the United States,” said Halley E. Froehlich, a professor of fisheries and aquaculture at UC Santa Barbara, who with her colleagues finds that the executive order “ends up being a complicated and opaque ask,” given the complexity of the seafood industry and the headwinds it has been experiencing of late.

“We started having some deep conversations about policy implications and what they meant relative to some massive disruptions,” she said.

The seafood industry had already been fighting for stability in light of a two-year trade war with China — the world’s largest seafood consumer — and by the time the executive order to expand was issued, U.S. seafood was in a historic freefall due to COVID-19. Meanwhile, slow pandemic relief funding and upcoming changes in the White House add another layer of uncertainty to the future of the seafood industry and its sustainable expansion.

However, it is possible to map out a sustainable means for growing the seafood industry, according to the researchers. Looking through the lens of the executive order, they outlined several guiding principles to bridge the current state of U.S. seafood and the desired outcomes of the federal directive.

Their recommendations are published in the journal Marine Policy.

Americans have a huge appetite for seafood. The U.S. is the world’s largest net seafood importer, with a growing dependence on imports. According to the study, 85% of U.S. domestic wild-caught stocks are already fished at or near maximum sustainable levels.

Farmed seafood, on the other hand, makes up only about 8% of domestic seafood production and holds great potential. But it doesn’t have the same level of coordinated monitoring and reporting as the much larger, wild fisheries sector. Questions remain about the type and location of these new farms — where they won’t interfere with wild fisheries or encounter opposition from the local community.

To address these and other complexities, the researchers call for “precise and strategic fisheries reforms” in response to the order’s move to “reduce burdens on domestic fishing and to increase production.”

“We wanted to articulate the things that could be done, and things that may actually be counterproductive,” Froehlich said. For instance, removing regulations on a seafood sector that is already at its maximum sustainable capacity would likely not produce the effect sought by the order.

“We’re pretty much at max for our wild fisheries,” she said. According to the study there are smaller, more targeted measures that might increase profitability, though it is still unlikely that production would increase substantially.

Integrating wild fisheries and aquaculture sectors would also be beneficial, according to the researchers.

“The two systems are largely managed independent of each other,” Froehlich said, “and this results in linkages that exist, but aren’t necessarily accounted for.” By employing an ecosystems approach, and collecting and releasing comprehensive aquaculture data, it would be possible to monitor the growth of aquaculture while reducing the potential of negatively impacting wild fisheries in domestic waters.

The growth of sustainable aquaculture and the future success of the U.S. seafood industry will also require some changes in perception, both local and global. As a means of food production, aquaculture is bound to have some sort of impact on the local environment and the local community, Froehlich said, making stakeholder input, transparency and access to information essential elements to address the resistance these seafood farms may encounter. For now, the U.S. largely displaces the production responsibility to other countries.

Meanwhile, the researchers have their eye on the incoming administration with the mounting bipartisan support for different kinds of aquaculture in the U.S. and possible changes to the protectionist stance the U.S. has taken on global trade. The seafood industry was cut deep when trade relations with China deteriorated, a struggle that only worsened with the COVID pandemic.

For U.S. fisheries and aquaculture, the researchers see a chance for the sector to not just recover, but build a better system that can withstand other shocks in the future, including climate change. “The pandemic has highlighted the weak points in the sector,” Froehlich said, “so the chance to improve should not be overlooked.”