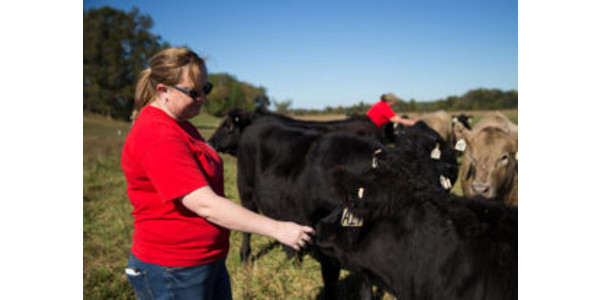 This year’s conference is a collaborative educational gathering open to the community, area agribusiness leaders and Southeast students, and is sponsored by Southeast’s Department of Agriculture, Midwest Grain & Barge Company and Midwest Agri-Chemico, Inc. (Courtesy of Southeast Missouri State University)

This year’s conference is a collaborative educational gathering open to the community, area agribusiness leaders and Southeast students, and is sponsored by Southeast’s Department of Agriculture, Midwest Grain & Barge Company and Midwest Agri-Chemico, Inc.

“The conference is a great opportunity for Southeast students to strengthen and develop their networking and situational skills by connecting with real world agribusiness professionals,” said Dr. Michael Aide, chair of Southeast’s Department of Agriculture. “The goal is to expose and engage our students to the top industry experts in the many agribusiness disciplines.”

The conference begins with a round table discussion and question and answer session from 5:30-7 p.m. in the atrium of Dempster Hall. Attendees can talk to company representatives, discuss career options and network. Admission is free.

On Feb. 21, a casual lunch will take place at noon followed by industry presentations at 1 p.m. in Glenn Auditorium of Dempster Hall. The conference will be simulcast live at Southeast’s regional campuses in Kennett, Malden and Sikeston, Missouri. Admission is free.

This year’s speakers include:

Chad Henderson is a founding partner and market analyst at Prime Agricultural Consultants. He graduated from the University of Wisconsin-Madison with a Bachelor of Science in agriculture economics. Henderson spent his first 10 years as a licensed broker with Stewart-Peterson group before starting Prime Ag in 2004. He has authored several different nationally recognized advisory newsletters and is frequently quoted in Bloomberg, Reuters and the Wall Street Journal. Henderson’s interest in the commodity market stems from his farm background. He was raised on a cash crop grain and seed farm in southeast Wisconsin. He continues his agriculture pursuits on his own farm with his wife, Rebecca. Together with their three children, the Hendersons enjoy exhibiting cattle from their small purebred Angus herd.

Russ Mothershead is the president and chief executive officer of Midwest Agri-Chemico, Inc. and its subsidiaries, Agri-Trans and Midwest Grain & Barge Company (MGB). Based in Cape Girardeau, Missouri, Midwest Agri-Chemico, Inc., specializes in the regional distribution and transportation of agricultural fertilizers and commodities to retailers in the Midwest. Agri-Trans provides truck transportation for bulk liquid and dry commodities; MGB is a grain merchandising and river terminal barge loading operation on the Mississippi River, just south of Cape Girardeau. Raised on the family farm near Benton, Missouri, Mothershead grew up in the agriculture community of southeast Missouri. He is a 1979 graduate of Southeast Missouri State University’s agri-business program.

Rick Myroup is the senior director of marketing at The Climate Corporation. He graduated from from Illinois State University with Bachelor of Science degrees in business information systems and marketing, and earned his Master of Business Administration from Saint Louis University. Prior to joining The Climate Corporation in 2014, Myroup worked for seven years with Monsanto as marketing information manager, marketing strategy manager, U.S. licensing marketing manager, and DEKALB brand manager. 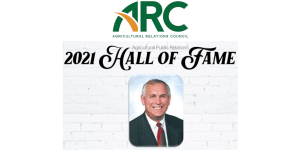 NEW PRAGUE, Minn. (AgPR) — The Agricultural Relations Council (ARC) recently named Lynn Henderson to the Agricultural Public Relations Hall of Fame for 2021 at their annual meeting in Richmond, Virginia. The Hall of Fame was created by ARC in 2012 and is given to ag PR professionals who have made lifetime contributions to the industry. Henderson’s […]