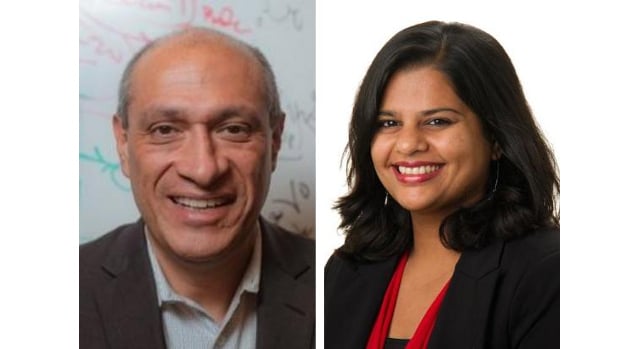 HOUSTON, Texas — Listeria contaminations can send food processing facilities into full crisis mode with mass product recalls, federal warnings and even hospitalization or death for people who consume the contaminated products. Destroying the bacterium and stopping its spread can be challenging because of the formation of biofilms, or communities of resistant bacteria that adhere to drains or other surfaces.

Researchers at the University of Houston are reporting in the Journal of Environmental Chemical Engineering that cobalt-doped titanium-dioxide (CoO-TiO2) stops the reproduction of listeria monocytogenes in both light and dark conditions. This bacteriostatic effect could lead to bacterial control in food products that are not only sealed but also protected from light such as tetra packs, cans and dark glass or plastic bottles.

“The addition of cobalt, a heavy metal, drastically improved the effectiveness of titanium-dioxide because now it works under regular human conditions — sunlight, fluorescent light such as light bulbs and even in ‘the absence of light,’ like in a freezer,” said Francisco Robles, lead author for the study and associate professor of mechanical engineering technology.

Titanium-dioxide has long been an effective catalyst in the chemical industry with many applications, but it has limitations because ultraviolet light is needed to make it work, according to Robles. “UV light sources are in short supply in sunlight and producing it is expensive and a health hazard (e.g. carcinogen), so we set out to find a solution. Making it effective under natural light conditions is significant, and free,” he said.

A naturally occurring mineral, titanium-dioxide is often used in the food industry as an additive or whitening agent for sauces, dressings and powdered foods and is considered safe by the U.S. Food and Drug Administration. It’s also used in sunscreen for its protective effects against UV/UVB rays from the sun.

“Listeria is a rare foodborne pathogen that can survive in refrigerated conditions. So, if you had a contaminated bowl of potato salad, not only can listeria survive, it can increase in numbers potentially causing a serious health issue. The cobalt-doped titanium dioxide can potentially stop the spread in its tracks,” said Sirsat, an expert in food safety and public health, who said toxicity testing is needed to determine its safety in food products.

An estimated 1,600 people get listeriosis each year from eating foods contaminated with listeria monocytogenes, and about 260 people die, according to the U.S. Centers for Disease Control and Prevention. The CDC has led investigations on 19 multistate listeria monocytogenes outbreaks involving fruits, vegetables, deli meats, cheeses and more since 2011. The infection is most likely to sicken pregnant women and their newborns, adults over 65 and people with weakened immune systems.

The researchers believe cobalt-doped titanium-dioxide could have a wide range of applications beyond bacteria control. “You could coat hospital plates with it to make them incapable of forming bacteria or coat the packaging of milk and other dairy products. You could even add it to paint to make bacteria-controlled paint. The possibilities are tremendous,” said Robles, who has been studying the effects of the chemical compound for nearly 15 years.

–University of Houston
via EurekAlert!