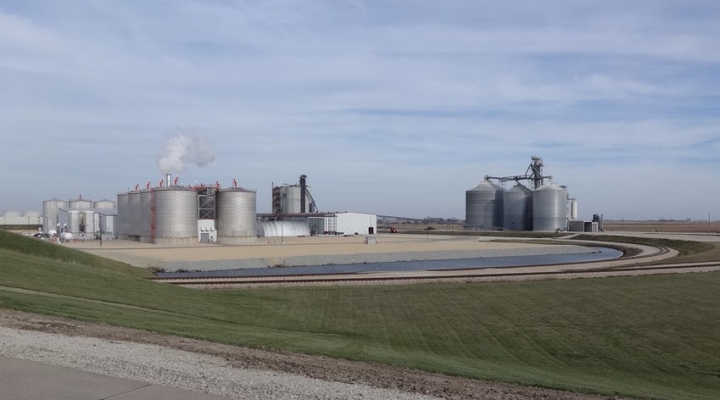 The Indiana Soybean Alliance (ISA) and the Indiana Corn Growers Association (ICGA) along with 12 other Indiana farm, ethanol and biodiesel plants and allied industries wrote to Indiana’s congressional delegation expressing frustration with the U.S. Environmental Protection Agency (EPA) and to compel the lawmakers to action. (chuck young, Flickr/Creative Commons)

INDIANAPOLIS, Ind. — The Indiana Soybean Alliance (ISA) and the Indiana Corn Growers Association (ICGA) along with 12 other Indiana farm, ethanol and biodiesel plants and allied industries wrote to Indiana’s congressional delegation expressing frustration with the U.S. Environmental Protection Agency (EPA) and to compel the lawmakers to action.

In a letter dated Sept. 12 and addressed to Senators Todd Young and Mike Braun as well as all nine of Indiana’s U.S. representatives, the ISA, ICGA and biofuels industry supporters explained that the EPA retroactively pulled more than 4 billion gallons of ethanol and biodiesel out of the Renewable Fuels Standard (RFS) by granting Small Refinery Exemptions (SREs) to nearly all oil refineries that asked for the special waiver. The RFS is a federal policy that requires oil refineries to blend corn-based ethanol and soybean-based biodiesel with petroleum to create the variety of gasoline and diesel selections that are available at the pump.

The RFS defines small oil refineries as companies with production of less than 75,000 barrels per day. However, the EPA has granted SREs to large-scale oil refiners such as ExxonMobil, Marathon and more. The result of these exemptions damages the viability of companies that produce clean, safe and inexpensive biofuels. On Aug. 9, EPA granted 31 new SREs retroactively from 2018 to several oil refineries. Within days, the largest U.S. ethanol producer, POET, closed a plant in Cloverdale, Ind. and cut production in nearly half of their other ethanol plants across the country. Biodiesel plants in Pennsylvania, Mississippi and Georgia were also shuttered following the Aug. 9 announcement.

“Our farmers and biofuels industry expect the RFS to be kept whole by accounting for waived gallons and bringing more transparency to EPA’s secret process,” the letter pressed to the federal lawmakers. “We ask that you urge President Trump to uphold his commitment to protect the RFS and support us by ensuring the EPA’s administration of the RFS does not undermine the law and the many benefits of renewable fuels.”

The EPA’s waivers negatively impact Indiana corn farmers by removing the obligation for refineries to blend biofuels reducing demand for biofuels and ultimately corn and soybeans. In 2018, the EPA had already waived 2.64 billion gallons of ethanol, which almost completely offset Indiana’s entire corn output from 2017.

The odds of a killing frost