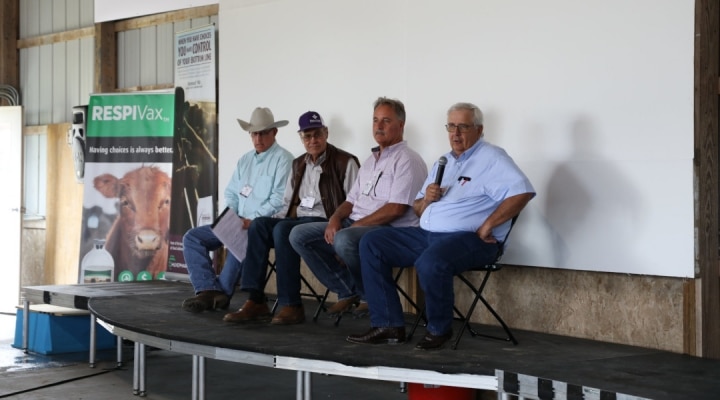 KANSAS CITY, Mo. — “That computer won’t lie to me. Take cattle to 750-800 pounds, and those calves that cost so much more to buy end up being cheaper than the lower priced ones,” says Dave Steinbecker Jr., a long-time stocker producer from Perryville, Mo.

He’s talking about how he discovered paying more on the front end for calves with less health risk increases overall profit potential in his family’s operation. The opportunity is so significant that when his family purchased the auction barn that is now SEMO Livestock Sales, LLC at Jackson, Mo., they closed the gate to trader cattle and established a subsidized certified calf health program for sellers.

“I like these value-added cattle. You’ll think they cost too much but all of the numbers tell me that isn’t necessarily the case,” Steinbecker says.

The notion of paying more for calves on the front end runs counter to the traditional stocker sector paradigm of buying mismatched cattle, often discounted because they’re sold singly or a few ahead at a time, haven’t been dehorned or castrated. Then, make them worth more money to the next buyer by assembling and sorting out load lots that are more homogenous in terms of weight, class, sex and condition, straightened out and ready to perform.

That remains an essential function of the stocker sector, which continues to be integral to overall cattle and beef industry efficiency and competiveness. But, the value focus appears to be shifting, albeit slowly.

t from the farm or ranch in order to reduce cattle health risk.

“Value-added on the ranch calf is the vaccine history, knowing where they came from and the experience you’ve had with them before. You create some of that value yourself,” Pendergrass says.

“When we talk about value-added in our operation, it’s primarily health,” says Mike Collinge of Collinge Cattle Co, Hamilton, Kans. “We’ll pay a little more for those kinds of cattle. We’ve been doing that for quite a while, have quite a bit of data.”

The most recent BEEF National Stocker Survey, sponsored by Zoetis, also suggests more stocker producers are considering value-added opportunities on the marketing side of the equation.

“Look across both National Stocker Surveys and you see a subtle shift in the number of stocker producers running a higher percentage of their cattle aimed at value-added programs,” says Wes Ishmael, Hereford World executive editor. He and Dale Blasi, K-State Extension stocker specialist shared survey highlights at the K-State event and also compared them to the first national survey conducted in 2007.

Specifically, Ishmael explains, on average, respondents to the recent survey run 20% of their stocker cattle with intentions to market them in value-added programs, which is 7% more than in 2007.

“As might be expected, the survey indicates those who aim for value-added programs tend to do so with a higher percentage of their cattle,” Ishmael says.

Overall, the survey indicates stocker cattle represent a growing portion of cattle operation income over time. Fifty-one percent of respondents to the most recent survey derive 51% or more of their annual gross income from stockers. That’s 10% more than in 2007.