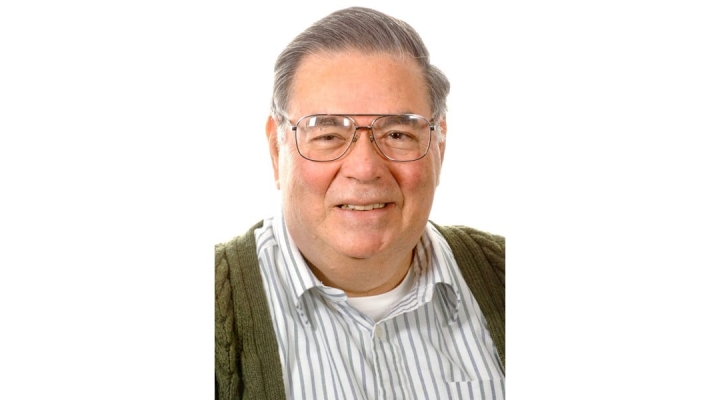 ITHACA, N.Y. — Steven Vincent Beer ’65, whose work to discover the fundamental mechanisms of plant bacterial disease and immunity still serves as a foundation for research to protect the world’s apples, pears and many other plants, died Jan. 12 in Ithaca. He was 81.

Beer, professor emeritus of plant pathology and plant-microbe biology in the College of Agriculture and Life Sciences, spent his entire 50-year academic career at Cornell.

Beer’s most significant research contributions centered on teasing out the fundamental biological interactions between bacterial pathogens and plants, especially between apples and pears and Erwinia amylovora, the devastating bacterium that causes fire blight. Erwinia amylovora is “a kissing cousin to E. coli” in plants, said Alan Collmer, Ph.D. ’81, professor emeritus of plant pathology and plant-microbe biology and a close colleague of Beer’s for decades.

These efforts led to the discovery of harpins, a set of proteins created when bacterial pathogens attack plants and which help trigger a plant’s resistance to disease. The initial discovery of harpins, by Zhongmin Wei, then a postdoctoral associate in Beer’s lab, Beer, Collmer and four other Cornell collaborators, was published on the cover of Science in 1992 and has been cited more than 1,100 times.

The discovery has enabled progress in both fundamental and applied plant science ever since: The researchers discovered they could create and extract harpins, then spray them on plants to protect against disease. They patented multiple products based on harpin technology, including one that earned them a Presidential Green Chemistry Challenge award from the Environmental Protection Agency. Today, harpins are used throughout agriculture, Collmer said.

“There are many factors in plant-pathogenic bacteria that contribute to their success – our woes – but the harpin proteins are hugely important,” said Adam Bogdanove, Ph.D. ’97, who was advised by Beer during his graduate program and is now a professor in CALS’ School of Integrative Plant Science, Plant Pathology and Plant-Microbe Biology Section. “Steve’s work really laid the foundation for that important work that continues in plant pathology today.”

As an adviser, Beer was supportive, blunt and empowering, Bogdanove said: The two questions Beer regularly posed to his students were “What do you need?” and “Who cares?”

“When you hear that, you might be taken aback, but it was posed in a genuinely helpful spirit. When he said, ‘Who cares?’ he was asking you to articulate why what you’re doing matters. He’s encouraging you to do research that matters, and he’s forcing you to articulate it in an accessible way. Those are essential, core qualities to be able to succeed in science,” Bogdanove said. “I think he was the best kind of adviser in that he didn’t instruct, he asked questions. He made you think for yourself.”

Beer served as director of graduate studies when Bogdanove was a student.

Part of Beer’s enduring contribution to Cornell and to his field was his recruitment and support of the next generation of plant pathologists, said Magdalen Lindeberg, Ph.D. ’95, who was a student when Beer was director of graduate studies and is now assistant director of the School of Integrative Plant Science.

“Steve was a strongly committed and gregarious director of graduate studies who recruited many excellent students to the graduate field over the years,” she said.

Beer was born in Boston in 1941, the son of immigrants from Austria and Czechoslovakia. After completing his bachelor’s degree at Cornell, he earned his Ph.D. at the University of California, Davis, then returned to Cornell in 1969, where he remained as a teacher and researcher for over 50 years. He is survived by his wife of 58 years, Beverly; his three children, David Beer ’89, Rachel Beer and Jennifer Beer Fiorino ’90; and five grandchildren.