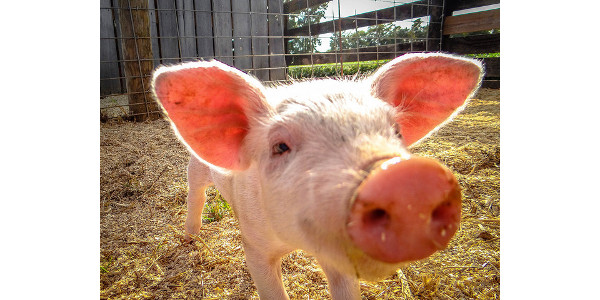 Iowa Secretary of Agriculture Bill Northey announced that Steve and Becky Kerns from Taylor County have been named the winners of the Gary Wergin Good Farm Neighbor Award. (Joshua Berry via Flickr)

DES MOINES — Iowa Secretary of Agriculture Bill Northey announced that Steve and Becky Kerns from Taylor County have been named the winners of the Gary Wergin Good Farm Neighbor Award.

Iowa Secretary of Agriculture Bill Northey will present the award to the family on Wednesday, January 24. The ceremony will be at the Coalition to Support Iowa’s Farmer’s booth (1507) at the Iowa Pork Congress, which is held at Iowa Events Center in Des Moines. The “Big Show,” which airs on both WHO and WMT radio, will broadcast live from the presentation from 11:30 a.m. to 12:30 p.m.

“Steve and Becky Kerns are true leaders in the agriculture industry while also doing things right on their farm in how they care for their animals, protect the environment and serve their neighbors. It is great to be able to recognize a deserving family like this in front of their peers during Iowa Pork Congress,” Northey said.

The Kerns operate a diversified crop and livestock operation. They care for 500 sows in a farrow to finish operation. They also produce breeding stock and market hogs for high-end restaurants and specialty grocery stores. The family also has a 30-head cattle herd for grazing highly erodible acres.

The family was nominated for the award by their neighbors Ryan and Alle Baily. In their nomination, they highlighted the family’s care for the environment and also their active involvement in the community. The Kerns’ use no-till for all crop land and use all highly erodible land for pasture. They have also planted 15 acres of trees to further protect highly erodible acres.

They are also active in the community. Becky serves on the USDA FSA’s Taylor County Committee and previously served on the Clearfield Community School Board for 18 years. Steve is a past-president of the Iowa Pork Producers Association and still serves on two of the Association Committees.

The Wergin Good Farm Neighbor award, made possible through the financial support of the Coalition to Support Iowa’s Farmers, recognizes Iowa livestock farmers who take pride in doing things right. This includes caring for the environment and their livestock and being good neighbors. It is named in memory of Gary Wergin, a long-time WHO Radio farm broadcaster who helped create the award.

Anyone interested in nominating their neighbor for the award should write a letter or e-mail explaining why their neighbor should receive this designation. Applications may be submitted to the Iowa Department of Agriculture and Land Stewardship, Attn: Wergin Good Farm Neighbor Award, Henry A. Wallace Building, Des Moines, IA 50319 or emailed to Communications@iowaAgriculture.gov.