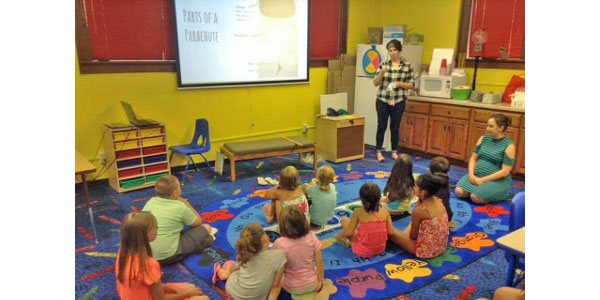 ORANGE CITY, Iowa — “STEM Lit and Lab in the Library” a summer internship program coordinated and sponsored by Iowa State University and the Lyon, Osceola, Dickinson, Sioux, O’Brien and Clay County Extension Councils, has recently wrapped up for the summer.

Lori Hayungs, human sciences specialist in family life with Iowa State University (ISU) Extension and Outreach, shared that the program was offered in smaller communities where often the amount of library programming is less than that in a larger city.

“The local extension councils chose which libraries to partner with and offer the program at,” Hayungs said. “In most cases, ‘STEM Lit and Lab in the Library’ was offered in a library in a smaller community in the county. Although we may not have seen the numbers that larger libraries often see, the impact and the appreciation from the community was great.”

Mackenzie DeJong, Human Sciences Program Coordinator, supervised the “STEM Lit and Lab in the Library” interns. She explained that interns served as library assistants, as well as facilitated learning opportunities.

“In each lesson, the intern introduced a scientific concept, read a story related to that concept and led the youth in hands-on discovery of that concept,” DeJong said. “For example, in the Colors lesson, youth explore chromatology, or the study of colors, through the reading of ‘The Dot;’ discussion and creation of primary versus secondary colors using red, blue, and yellow paint on a color wheel; and exploration of solubility using washable markers, which when combined with water on a coffee filter, pulls out the primary colors to illustrate that colors are all made up of the primary red, blue, and yellow.”

DeJong said that interns also led library art lesson, story times and even coordinated an escape room for teenagers in one of the libraries.

Overall numbers for “STEM Lit and Lab in the Library” which took place primarily during June and July were as follows:

“As a whole, we felt the program was very successful thanks in large part to the above-mentioned libraries; our summer interns Kodie Borchers, Whitney Jorgensen and Bradi Baschke; and the local youth who participated,” Hayungs said.

For more information on “STEM Lit and Lab in the Library” or similar programs available during the school year, contact Hayungs or DeJong at 712-737-4230. 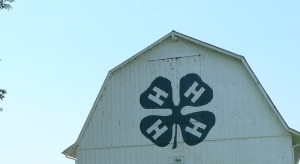 UNIVERSITY PARK, Pa. — At the recent 4-H STEM Symposium in Pittsburgh, more than 100 STEM youth educators and volunteers from across the nation gathered to collaborate, learn and generate new ideas for teaching science, technology, engineering and math. Ronak Suchindra, a 4-H STEM ambassador for Pennsylvania and native of Chester County, took the stage […] 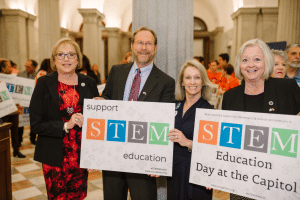 Where’s your STEM? Finding the future in S.C. STEM education

CLEMSON, S.C. — From the farm fields to the biotech labs to your own backyard, science, technology, engineering, and mathematics (STEM) play important roles in everyone’s lives. The importance of STEM to South Carolina’s growing workforce will form the backdrop when officials gather in Columbia on March 17 for STEM Education Day at the Capitol. […] 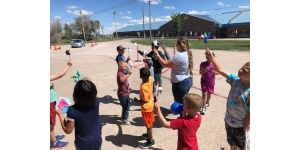 SCOTTSBLUFF, Neb. — Student interns who worked in Nebraska Extension offices throughout the state this summer have gotten a taste of careers in Extension by putting on experiential learning programs for local 4-H programs – planning and leading activities in which kids have fun while learning science, math, nutrition and healthy living. Scotts Bluff, Morrill, […]