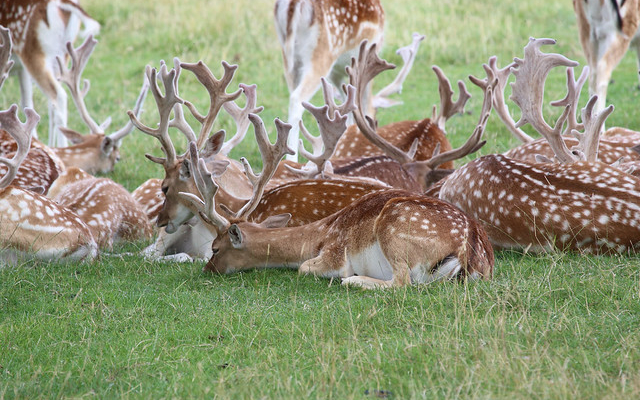 The Pennsylvania State Grange continues to oppose Sunday hunting consistently since our members voted for that position more than ten years ago. (photo by Mark Kent, creative commons/flickr.com)

MECHANICSBURG, Pa. — As expected, the September 10, 2019 Sunday hunting hearing convened by the House Game & Fisheries Committee showed strong contrasts between proponents and those seeking to preserve the status quo ban.  The Pennsylvania State Grange continues to oppose Sunday hunting consistently since our members voted for that position more than ten years ago. The Grange hopes that this article will provide perspective on some of the issues raised by proponents of Sunday hunting.

Assertion: There will be an economic boost into the PA and local economies if Sunday hunting takes place.

Measuring Economic impact of hunting should be compared to the economic impact of other outside recreational activities.  What the numbers say is that the economic contribution of other outside recreation overshadows hunting. Federal and private studies reinforce the claim by opponents of Sunday hunting, including Pennsylvania State Grange, that public policy should give these activities breathing room by preserving the ban on Sunday hunting.

The U.S. Government’s Bureau of Economic Analysis was directed by Congress to prepare an assessment and analysis of the outdoor recreation economy in the United States by the Outdoor Recreation Jobs and Economic Impact Act of 2016. ( https://www.bea.gov/data/special-topics/outdoor-recreation)  Its summary report issued September 20, 2018, credited outdoor recreation for generating 2.2 percent of the Gross Domestic Product in 2016.  The top six outdoor recreation activities were: Boating/Fishing $36.9 billion; Game Areas such as golfing and tennis $34.7 billion; RVing $30 billion; Guided Tours/Outfitted Travel $25.7 billion; Motorcycling/ATVing $20.3 billion.

Well down the list came Hunting (the category includes archery as well as firearms hunting) which had $13.9 billion in economic impact in the U.S.

The non-governmental Outdoor Industry Association, said that hunting generated $27.4 billion nationally.  Humbling was the revelation that even wildlife watching has more of an economic impact than hunting ($30.2 billion versus $27.4 billion), generated more jobs (235,825 versus 194,973 for hunting), and more state and local taxes ($1.9 billion from wildlife watching versus hunting’s $1.7 billion).

This 2017 research shows hunting as a part, but not the dominant part, of the economic contribution to the United States from outdoor recreation.  (https://outdoorindustry.org/wp-content/uploads/2017/04/OIA_RecEconomy_FINAL_Single.pdf)

Assertion: Sunday hunting will spur new hunting licenses and license reinstatements because of the extra opportunities to hunt by allowing Sunday hunting.

That is a clear danger sign to the future of the Game Commission and to hunting in the Commonwealth.https://www.budget.pa.gov/PublicationsAndReports/CommonwealthBudget/Documents/2019-20%20Proposed%20Budget/2019-20_Budget_Document_Web.pdf  Page 479

Sunday hunting proponents at the hearing were unable to specify any states where allowing Sunday hunting resulted in an increase in new licenses or reinstatements.  Thus, it remains an assertion, a guess. The Pennsylvania State Grange believes that we should not guess our way to public policy.

Assertion:  A ban on Sunday hunting is a 300-plus years old Blue Law relic that should be eliminated.

This is probably the most often heard argument for Sunday hunting.  A personal example: My family and I vacation at Ocean City, New Jersey, a dry town.  When we want an alcoholic beverage we either consume off-island or bring it in for our consumption.  Is this law a relic? I don’t know. All I know is that we go to Ocean City. We respect the local law.  We continue to invest enough into the local economy to make shopkeepers and restaurants happy. In other words, the ‘relic’ argument does not have merit.  I do not see anything wrong with a state banning Sunday hunting if that’s what it wants to do.

The Sunday prohibition came about for several reasons.  One was the fear that Sunday hunting would erode family time or diminish the importance of religion in our society.  While today’s secular society downplays religion, reverence and family values still rank high with many Pennsylvanians.  Another reason may have been the view expressed at the hearing that non-hunting uses of the recreational outdoors should be given a day where the fear of being accidentally shot is not a disincentive to fully enjoying the outdoors.

Hunters are not being treated as second-class citizens because they cannot hunt on Sundays. Outdoor recreation enthusiasts such as hikers, equestrians, bird watchers, etc. simply believe they should be given their day just as hunters have the other six.

First, the General Assembly can direct the Legislative Budget and Finance Committee to study why license numbers are decreasing.  Their work could be a review of existing studies or it could undertake PA specific research although that would take more time. Knowing the whys gives us the hows.  If the decrease is due to a cultural shift away from hunting or guns, the public strategy would be different than as proponents argue, a matter of adding Sunday since Saturdays have been consumed by sports and other activities.

The second action is more immediate.  The Senate must pass House Bill 102 which the Pennsylvania State Grange has supported since its introduction.  This bill permits hunting and gun safety education on school property after the school day. This passed the House on May 15 by a bipartisan vote of 143-46.  Increasing young people’s access to learn more about hunting is recognized by almost everyone as a basic and essential first step.

Enacting these two measures would certainly clarify the debate about Sunday hunting in the context of a larger issue – license declines.