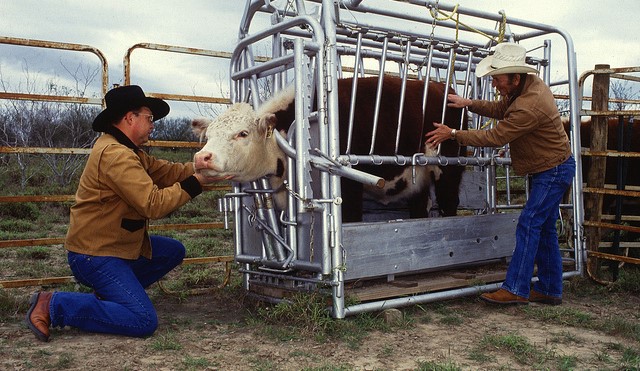 In recent years, there have been an increasing number of ticks reported outside the quarantine zone, caused by free movement of an increased deer population and stray livestock carrying cattle fever ticks across the U.S.-Mexico border. (U.S. Department of Agriculture, Flickr/Creative Commons)

AUSTIN — USDA’s Animal and Plant Health Inspection Service (APHIS) is publishing a final environmental impact statement (EIS) that discusses how to continue to protect U.S. – and in particular South Texas – livestock from cattle fever ticks and the disease they cause, bovine babesiosis, which is severe and often fatal. The EIS finds that the installation of wildlife fencing in strategic areas along the quarantine zone will create a minimally intrusive pest control measure that augments existing programs.

The fences will help stop potentially affected deer from travelling into unaffected areas. The agency will work with property owners to install 8-foot-tall game fencing along strategic portions of the permanent tick quarantine line in Zapata County, Texas, and also potentially in Maverick, Starr, and Webb counties. The fencing is designed to restrict movement of wildlife. It is noncontiguous and will initially cover 2 miles, but if needed and funding is available, could cover up to 50 miles. The fencing will be paid for by APHIS, and the Texas Animal Health Commission will be responsible for ongoing maintenance.

Through a cooperative effort with the Texas Animal Health Commission, the ticks and babesiosis were eradicated from the continental U.S. in 1943, except for a permanent tick quarantine zone along the Texas-Mexico border. This quarantine zone covers more than 500 miles along the Rio Grande from Del Rio to Brownsville, Texas.

In recent years, there have been an increasing number of ticks reported outside the quarantine zone, caused by free movement of an increased deer population and stray livestock carrying cattle fever ticks across the U.S.-Mexico border. These outbreaks cause lengthy quarantine restrictions and increased efforts and expenses to cattle producers within the tick-free zone. APHIS is taking these actions to protect the livestock industry and overall cattle health.

APHIS began the EIS process in February 2011 and published a draft EIS in June 2013, proposing that installing wildlife fencing would enhance the success of the Cattle Fever Tick Eradication Program. The agency solicited additional comments on the draft EIS and considered those issues before drafting the final EIS. View the final EIS here: https://www.regulations.gov/docket?D=APHIS-2010-0100.