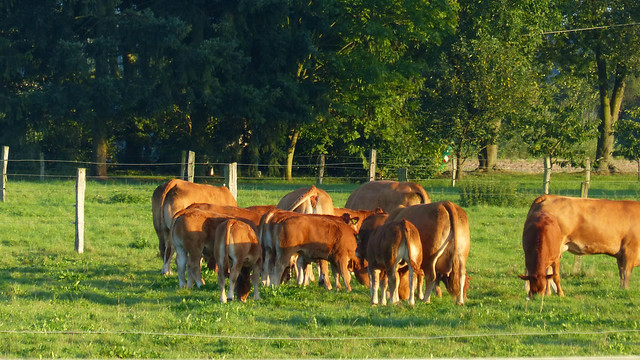 “This year we have seen a rise in the number of reported rabies in livestock at seven cases,” Meckes said. “Last year the state had three cases reported for the entire year. Horses, cattle and goats are naturally curious animals, which puts them at risk for a bite if a rabid animal gets through their fence line.”

Rabies is transmitted primarily in saliva through a bite. Livestock infected with rabies usually appear depressed, have a lack of appetite; difficulty eating, drinking or swallowing; profuse salivation; blindness; head-pressing; circling; vocalization; fever; strained defecation; increased sexual excitement or activity; limp tail, anus, or tongue. Constant yawning, itching or nibbling may be a sign of rabies, too. Rabies can be associated with neurological problems such as in coordination, decreased muscle tone and reflexes, shifting lameness, or partial-to-complete paralysis. Horse owners should be aware that rabies can often mimic symptoms of colic in horses.

The incubation for rabies is between two weeks and six months. Once symptoms appear, the disease is almost always fatal.

Other ways to protect yourself and animals:

Livestock owners should discuss with their veterinarians about the risk of rabies in their area and preventive vaccinations.