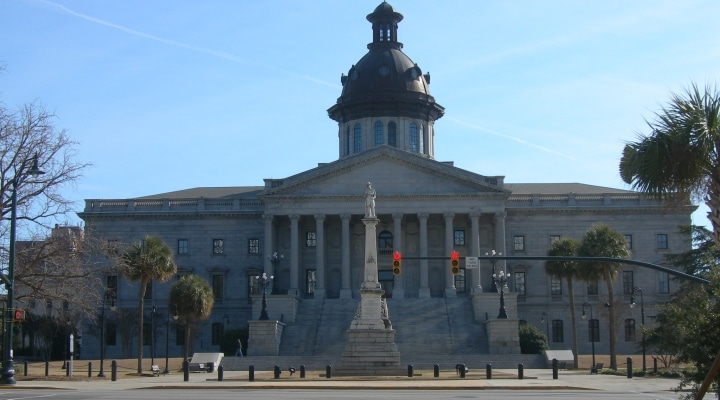 “I am humbled and excited for the privilege of serving as the next director of the South Carolina Department of Natural Resources,” said Boyles. “I look forward to working with our staff, our many constituent groups, partners, and leaders across the state to help build a durable natural resources stewardship ethic for South Carolina. We have many challenges, but I am confident that we can work together to help improve conservation of our natural resources for us and for our children.”

Norman Pulliam of Spartanburg, SCDNR Board chair, called Boyles “a man of great integrity who will lead this department to new heights of natural resources conservation. We went through a national search to find a new director, and Robert came out on top. He was the unanimous choice of both the selection committee and the full board. Robert will continue the great leadership that was exemplified by his predecessor, Alvin Taylor.”

Boyles has served as interim director since May 2019, when former director Alvin Taylor retired. In November 2019, the SCDNR Board chose Boyles as the next director, subject to confirmation of the South Carolina Senate.

Boyles is from Mooresville, N.C., and spent some formative years in Cheraw. He has worked for SCDNR for more than 22 years and been a member of the senior SCDNR leadership team for almost 17 years, serving as deputy director for Marine Resources since 2003. As deputy director, Boyles supervised all aspects of the operations and management and overall policy coordination for the Marine Resources Division in Charleston. In this role, he represented South Carolina on a number of regional and national marine resources stewardship panels. Boyles served on the South Atlantic Fishery Management Council from 2005 to 2012 and as a commissioner on the Atlantic States Marine Fisheries Commission, including service as vice chair (2006-2009) and chair (2010-2011).

Boyles received his bachelor’s degree in mathematical economics from Wake Forest University and a master of marine policy from the University of Delaware. He was a Bradley Fellow in Marine Policy at the Duke University Marine Lab in 1991.

Boyles is married to the former Elizabeth Prioleau of Mount Pleasant. They have two sons, both of whom are students in the Clemson University Honors College.

How to buy local while social distancing
March 26, 2020