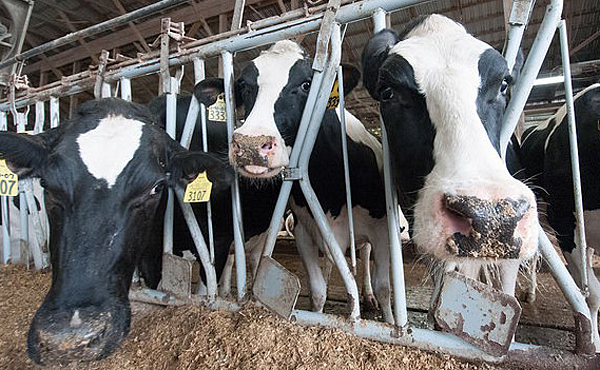 Connecticut's dairy industry has been estimated to contribute more than $1 billion annually to the state's economy. (U.S. Department of Agriculture, Public Domain)

HARTFORD, Conn. (AP) — The state of Connecticut’s dairy industry will be the subject of an informational forum at the Legislative Office Building.

Members of the General Assembly’s “rural caucus” organized Tuesday’s event. They’ve invited dairy farmers from Franklin and Hebron, the executive director of the Connecticut Farm Bureau, the assistant director of the Cooperative Extension System at the University of Connecticut and the Department of Agriculture Commissioner Bryan Hurlburt.

They’re expected to speak about the “distressed” industry in Connecticut and across the country. Farmers for years have been grappling with low milk prices they cannot control.

As of January, there were 108 dairy farms in the state, including cattle, goat and sheep milk producers. Connecticut’s dairy industry has been estimated to contribute more than $1 billion annually to the state’s economy.