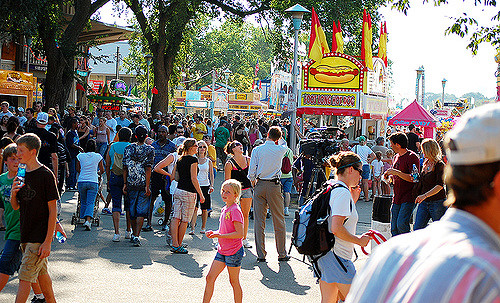 Emily Annexstad of St. Peter, Minn., representing Nicollet County, was crowned the 64th Princess Kay of the Milky Way and will serve as the official goodwill ambassador for nearly 3,000 Minnesota dairy farm families this year.

The brand new Great Big Wheel, sponsored by Cricket Wireless and the tallest traveling Ferris wheel in North America, carried a total of 124,958 riders 15 stories high into the sky over the 12 days of the fair.

Total Grandstand attendance was 120,383 – a new record for the venue (not including MSF Amateur Talent Contest Finals). Previous record was 111,319 in 2016. John Mellencamp with special guest Carlene Carter (Aug. 29), Pentatonix with special guest Us The Duo (Aug. 30), and Sam Hunt with special guests LANCO and Ryan Follese (Sept. 4) were sold-out shows.

Joe Pond of St. Louis Park, Minn., and Carrie Tollefson of Bloomington, Minn., were the overall male and female 5K Milk Run winners with times of 17:50 and 18:35, respectively.

The 2017 Outstanding Senior Citizen Awards were presented to Gwen Smith of Itasca County and Terry Marsh of Wright County. A ceremony was held at the Leinie Lodge Bandshell on Thursday, Aug. 31, to honor 73 seniors representing 43 Minnesota counties. This year’s ceremony was sponsored by AmericInn Hotels & Suites.

New additions and highlights for 2017 included: An eat-shop-sip destination in the upper level of the Grandstand called the Veranda; Dress A Sheep Contest; An Evening of Equine featuring We Can Ride and Windy Ridge Riders Drill Team; an elevator on the west side of the Grandstand to increase accessibility; renovations to the Swine Barn, increasing pen capacity and ventilation; rocking chairs, phone charging, free water and daily entertainment at the Relax & Recharge Station sponsored by AmericInn Hotels & Suites in the Ramberg Center; the Great Minnesota Knit Together on the Grandstand Ramp, which was our state’s largest yarnbomb; and more. 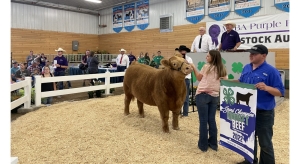 ST. PAUL, Minn. — The 2022 Minnesota State Fair brought people together from everywhere to celebrate agriculture, food, music, education, the arts and, most important, each other – all on a grand scale. Labor Day attendance of 156,985 brought this year’s cumulative total to 1,842,222, making it the fifth best-attended fair ever. “Our thanks to everyone […]