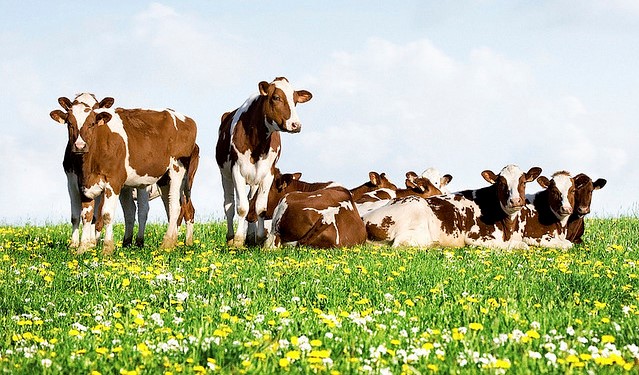 The funding is made available directly from New York State dairy producers through the NYS Dairy Promotion Order Act and is intended to help dairy farmers and processors further their reach to both domestic and international markets. (U.S. Department of Agriculture, Flickr/Creative Commons)

ALBANY — The New York State Department of Agriculture and Markets today announced the Dairy Promotion Order (DPO) Advisory Board is making available $15 million in funding to boost the New York State dairy industry. The Dairy Promotion Order Board is requesting proposals from organizations to advertise and promote New York dairy, as well as conduct research and educate consumers about New York-produced fluid milk and dairy products.

The funding is made available directly from New York State dairy producers through the NYS Dairy Promotion Order Act and is intended to help dairy farmers and processors further their reach to both domestic and international markets.

Applications for qualifying promotional or research projects should focus on increasing consumption of dairy products in New York State and align with at least one of the following DPO Advisory Board goals:

Eligible applicants include private businesses that are not affiliated with the DPO Advisory Board, non-profit entities, and research institutions.  Project proposals may not promote a specific brand or trade name. Final reports and / or research papers on approved projects may be made publicly available.

To be considered for funding during the 2020 calendar year, applications are due September 6, 2019.  Applications and additional information can be found at https://www.agriculture.ny.gov/DI/DInews.html#0.

200 apply for 1st round of ag business competition

Entries are now open at the Washington County Fair
June 22, 2021

Ready to celebrate summer with some fabulous fair food?
June 22, 2021