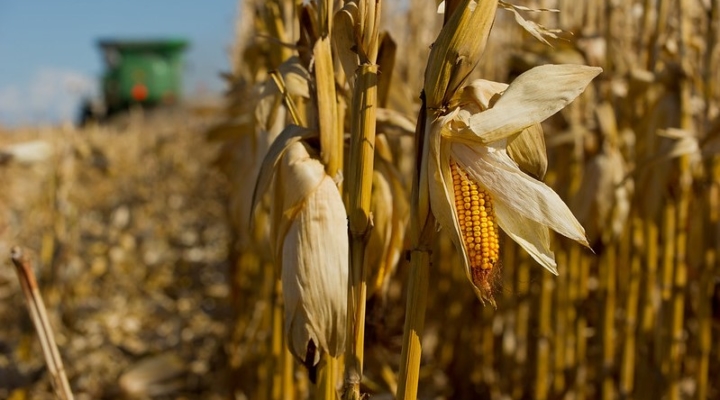 Founded in 1957, the National Corn Growers Association represents nearly 40,000 dues-paying corn farmers nationwide and the interests of more than 300,000 growers who contribute through corn checkoff programs in their states. (United Soybean Board, Flickr/Creative Commons)

WASHINGTON — State leaders of corn grower organizations in 23 states today sent a letter to President Trump, calling on him to follow the law and keep the Renewable Fuel Standard (RFS) whole. The letter to the President comes on the heels of the Trump Administration’s most recent approval of 31 new RFS waivers to big oil companies. The 85 total waivers approved under the Trump Administration amount to 4.04 billion gallons, resulting in reduced corn demand due to lower ethanol blending and consumption and a rising number of ethanol producers slowing or idling production.

The state corn grower leaders urge the President to stop the harm caused by waivers and restore integrity to the RFS by directing the Environmental Protection Agency (EPA) to account for projected waivers beginning with the pending 2020 RFS volume rule.

Full text of the letter is below and available as a PDF here.

We are writing on behalf of the more than 300,000 corn farmers across the country who are being negatively impacted by a perfect storm of challenges in rural America. The 31 new Renewable Fuel Standard (RFS) waivers to big oil companies, recently approved by the Environmental Protection Agency (EPA) and bringing total waivers issued under your Administration to 85, could not have come at a worse time for agriculture.

Ethanol plants in several states, including Iowa, Ohio, Wisconsin, Michigan, Indiana, Minnesota and Mississippi have closed or idled. These closures have cost 2,700 rural jobs and impacted demand for more than 300 million bushels of corn. Corn farmers are beginning harvest and continuing to lose markets to deliver their corn. Frustration in the countryside is growing.

Corn farmers are not asking for a special deal. We are simply asking, as we have been for the past two years, that your EPA uphold the law.

To effectively stop the harm caused by RFS waivers, EPA needs to account for projected waivers beginning with the pending 2020 RFS volume rule. Accounting for waivers in the annual RFS volume process restores integrity to the RFS. It also allows your Administration to continue granting waivers, as allowed by the law, while keeping the RFS whole.

While adding gallons and improving market access for higher blends of ethanol are all policies farmers appreciate and support, future waivers will continue to minimize the RFS, unless your Administration acts to account for waivers beginning this coming year first.

We were pleased to see press reports indicating that, following a meeting with farm-state lawmakers, an agreement had been reached to address the harm caused by waivers. With more than 4 billion gallons waived out of the RFS, we appreciate you listening to our elected representatives about what is needed to restore meaning to the RFS. Farmers across the country are anxiously awaiting the release of more details about this agreement. Ethanol plants will continue to close if you don’t act soon, creating a rippling effect throughout the rural economy.

Corn farmers are appreciative of your past support for agriculture and ethanol. We especially appreciate your efforts to remove the barrier to year-round sales of E15, but EPA’s current use of waivers undermines growth potential for higher blends of ethanol, reduces demand, lowers the value of our crop, and puts the outlook for the rural economy in jeopardy.

Mr. President, we firmly ask that you uphold your commitment to America’s farmers and the RFS.

About the National Corn Growers Association
Founded in 1957, the National Corn Growers Association represents nearly 40,000 dues-paying corn farmers nationwide and the interests of more than 300,000 growers who contribute through corn checkoff programs in their states. NCGA and its 50 affiliated state associations and checkoff organizations work together to create and increase opportunities for their members and their industry.