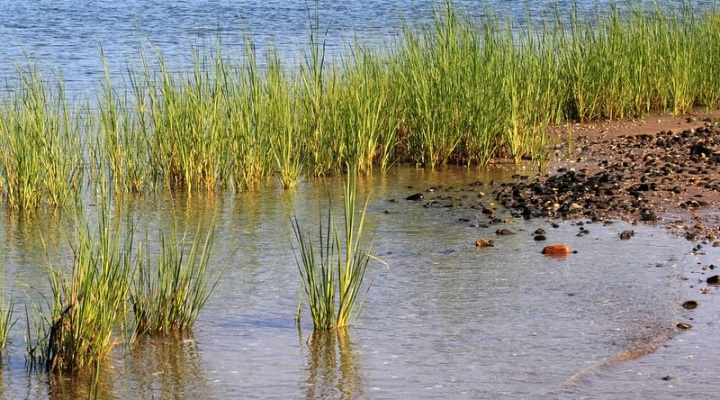 This year, project partners will survey more than 60,000 acres of saltwater estuaries and 500 miles of shoreline in 12 counties. WSDA and its partners dig out small infestations by hand and treat larger sites with herbicides. (Sandra Richard via Flickr/Creative Commons)

Survey and eradication efforts will take place in multiple areas, including Grays Harbor, Hood Canal, Willapa Bay, Puget Sound, the north and west sides of the Olympic Peninsula and at the mouth of the Columbia River.

This year’s work will build on the success of 2020 when Spartina was eradicated at five additional sites, bringing the total number of eradicated sites to 70. The Spartina eradication effort has been highly effective – reducing infestations from a high of more than 9,000 solid acres in 2003 to about two total acres this year. But significant work remains to be done. These two remaining acres are spread over 130 sites – meaning 65 percent of all tracked sites are not yet eradicated. Eradication is vital to protect Washington’s shorelines.

“Our goal is to eradicate Washington’s remaining Spartina infestations, protecting important habitat for salmon, waterfowl and shellfish,” said Chad Phillips, WSDA’s Spartina program coordinator. “The Spartina Eradication Program protects and restores our state’s most productive estuaries and shoreline habitats. This year, with our project cooperators, we will continue the challenging work of finding and removing the thousands of Spartina plants that remain in the Puget Sound and along Washington’s coast.”

This year, project partners will survey more than 60,000 acres of saltwater estuaries and 500 miles of shoreline in 12 counties. WSDA and its partners dig out small infestations by hand and treat larger sites with herbicides.

Since 1995, WSDA has served as the lead state agency for Spartina eradication, facilitating the cooperation of local, state, federal and tribal governments; universities; interested groups; and private landowners. Together they located and treated over 9,500 individual Spartina plants last year.

Spartina, commonly known as cordgrass, can disrupt the ecosystems of native saltwater estuaries. If left unchecked, Spartina outcompetes native vegetation and converts ecologically healthy mudflats and estuaries into solid Spartina meadows. As a result, important habitat for salmon, forage fish, invertebrates, shorebirds and waterfowl, are lost, the threat of flooding is increased, and the state’s shellfish industry is negatively impacted.