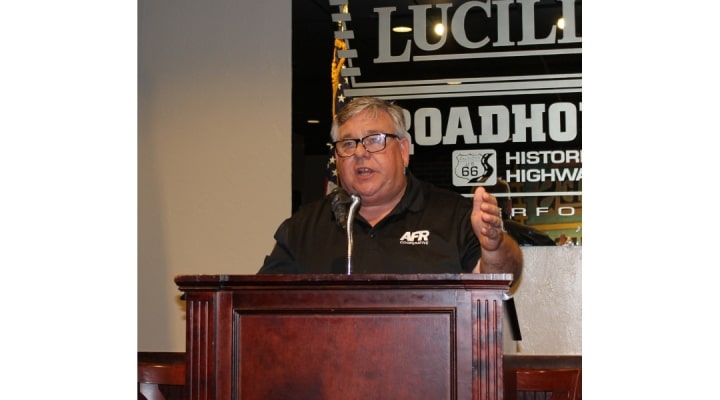 “Darcy has proven himself a true champion for not only agriculture, but also our rural schools, our rural businesses, and our rural communities,” said AFR Cooperative President and AFR PAC Committee Chairman Scott Blubaugh. “He’s a man of integrity and honesty. (Courtesy Photo)

The collective endorsement is a rare move for the organizations. The political action committees for AFR, OKFB and OCA each endorse candidates sparingly. When endorsements are made, they are typically individual to each organization.

All three agriculture organizations emphasized Jech’s devotion to District 26 and rural Oklahoma at large in their endorsements.

“Darcy has proven himself a true champion for not only agriculture, but also our rural schools, our rural businesses, and our rural communities,” said AFR Cooperative President and AFR PAC Committee Chairman Scott Blubaugh. “He’s a man of integrity and honesty.

“Most importantly, Darcy listens. He hears both sides of an issue before making a decision. This is incredibly important to truly represent a district. Darcy’s constituents can be assured that he is listening and that the people of District 26 are heard.”

“Darcy Jech is the definition of a statesman,” said Kelsey. “He’s level-headed; he has integrity; he’s calm. He listens to both sides on issues, and he’s a better senator because of that.

“Darcy does good work, solid work that is beneficial. We need him in this role. He doesn’t do things for press releases or just for show. If his name’s on it, it’s sound. We need him at the Oklahoma Senate.”

Former Pro Tempore of the Oklahoma Senate and Chairman of the OKFB PAC Mike Schultz agreed with OCA’s characterization of Jech.

“Darcy’s a great stateman and a great member of the Oklahoma Senate,” said Schultz. “I was fortunate enough to get to serve with him for four years. I saw him at work. Darcy does a tremendous job.

“It’s an honor and a privilege to endorse Darcy Jech. He really needs to go back to represent western Oklahoma and rural Oklahoma in the Oklahoma Senate.”

Jech was first elected to serve Oklahoma Senate District 26 in November 2014 and he has served as the Senate Rural Caucus for six years. He currently represents all of Beckham, Blaine, Caddo and Roger Mills counties and portions of Custer and Kingfisher counties.

District 26 was redrawn ahead of the 2022 election. The redrawn district up for election this year now includes all of Blaine, Caddo and Custer counties and portions of Canadian and Kingfisher counties.

Jech’s endorsement by the agriculture organizations was made ahead of the 2022 Oklahoma Runoff Primary Election set for Aug. 23, 2022. Jech faces a runoff election against Brady Butler of Weatherford.