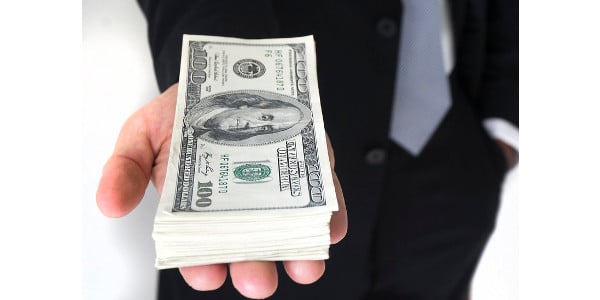 Just after 2:00pm on June 22, the Minnesota State Senate approved the agriculture budget by a 63-3 vote during the June Special Session. (Pictures of Money via Flickr, CheapFullCoverageAutoInsurance.com)

ST. PAUL — Just after 2:00pm on June 22, the Minnesota State Senate approved the agriculture budget by a 63-3 vote during the June Special Session. This followed the House approving the same package on late Saturday evening. Lawmakers must complete work on a state budget before Wednesday, June 30 to avoid a government shutdown.
The agriculture budget includes several key priorities that Minnesota Farmers Union (MFU) advocated for since legislators convened for Regular Session on January 5.

“This a solid deal for Minnesota farmers,” said MFU President Gary Wertish. “We didn’t get everything we asked for, but we did get some really significant wins that will help make our agriculture system more resilient and fair coming out of COVID-19.”

The Agriculture Conference Committee, led by co-chairs Sen. Torrey Westrom (R-Elbow Lake) and Rep. Mike Sundin (DFL-Esko), convened via working group after regular session adjourned to negotiate the budget bill. Both sides had to compromise in order to reach a final deal.

“It’s no secret that this was a tough session, with a divided legislature and remote work,” said Gary Wertish. “Chair Westrom, Chair Sundin, and Commissioner Petersen were good partners, and worked with us on local meat processing, biofuels, new farmers, and other priorities throughout the session. We’re grateful to see so many of them included in a final package.”

The agriculture budget is now headed to Governor Walz’s desk for his final signature. The package includes MFU priorities including;

You can read the full package here.

One important piece missing from this final compromise piece of legislation is funding for the Market Bucks program, which helps alleviate hunger while supporting small farmers who sell direct to consumer – a win-win for farmers and their communities. MFU strongly supports this is program and is glad to see bipartisan work to fund this out of another budget jurisdiction. Other MFU priorities that did not make the compromise agreement include support for new cooperatives, a Climate Smart Farms program, and an extension of the timeline for farmers using the state’s Farmer-Lender Mediation program.

You can read about MFU’s priorities for in this letter to committee members here.

Scouting for nutrient deficiencies in corn and soybean