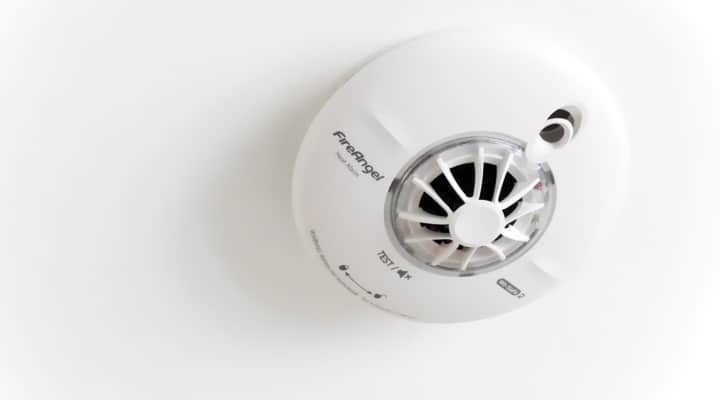 Smoke alarms are integral to a home fire prevention plan. They allow people to escape in the event of a fire, and working smoke alarm cuts the risk of dying in a house fire by half. (photo by Andrew Gustar, creative commons/flickr.com)

Smoke alarms are integral to a home fire prevention plan. They allow people to escape in the event of a fire, and working smoke alarm cuts the risk of dying in a house fire by half.

In fires where smoke alarms were present but failed to operate, almost half had missing or disconnected batteries, and one-quarter had dead batteries.

Cooking is the No. 1 cause of home fires and related injuries. Each year from 2013 to 2017, U.S. fire departments responded to approximately 173,200 home structure fires started by cooking activities.

Unattended cooking was the leading cause of those fires, and households using electric ranges have a higher risk of fires than those with gas ranges.

“Pay attention, and don’t leave the kitchen when you’re cooking, especially if cooking with any kind of grease,” DeNoon advised. “When cooking on the stove, don’t have anything close to the cooktop, whether it be towels, potholders or food wrapping.”

Check food regularly, and have a kid-free zone of at least 3 feet around where hot food is being prepared. Turn off the stove if leaving the kitchen, even for a short time, DeNoon advised.

The National Fire Protection Association reports heating equipment is another leading cause of home fire deaths. Nearly half of all home heating fires occur in December, January and February.

“House fires occur more in the winter months due to the increased use of home heating equipment and fireplaces, along with the improper use of space heaters and wood stoves,” DeNoon said. “Regular maintenance and inspection of the heating system, including chimneys by a certified technician, can ensure safe and efficient operation.”

For more fire safety tips from the NFPA, visit nfpa.org/Public-Education/Staying-safe.

Be proactive ahead of potentially busy hurricane season
August 23, 2020

Specialty crop producers get a boost from CFAP expansion
July 16, 2020