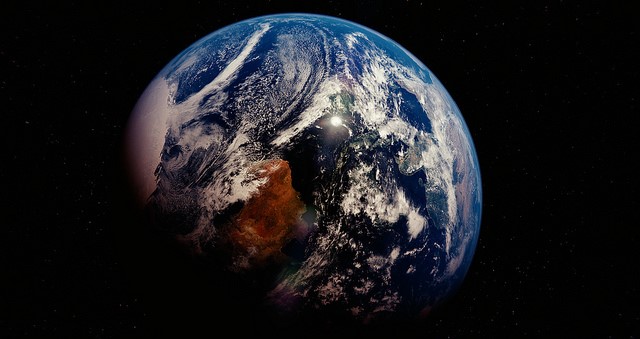 The mission represents a look into the future where food crops will be grown in space. (Rubén Moreno Montolíu, Flickr/Creative Commons)

WASHINGTON — An exciting collaboration between the U.S. Department of Agriculture’s (USDA) Agricultural Research Service (ARS) and Pheronym(Alachua, FL), will send nematodes (small round worms) into space to the International Space Station (ISS). The mission represents a look into the future where food crops will be grown in space.

The goal is to develop environmentally friendly methods for space travel that are not harmful to humans. This will be the first biological control experiment in space. The nematode’s send-off, funded by the ISS U.S. National Laboratory, hopes to launch to the orbiting platform as early as 2019.

ARS research entomologist, David Shapiro-Ilan at the Fruit and Tree Nut Research Station in Byron, Georgia, is co-project director of an experiment that will be conducted on the ISS. The experiment will test the movement and infection behavior of beneficial nematodes (also called entomopathogenic nematodes or EPNs) that control a wide array of insect pests in agriculture. Nematodes are environmentally friendly alternatives to broad spectrum chemical insecticides and are also safe to humans and other nontarget organisms. One fascinating aspect of the EPN biology is that the nematodes kill their insect pest hosts with the aid of symbiotic bacteria that are carried in the nematode gut.

For more than 20 years, Shapiro-Ilan has studied EPNs from a practical standpoint such as improving their application as biological control agents for sustainable pest management. Shapiro-Ilan also conducts related research on basic aspects of EPN behavior, particularly movement and foraging behavior.

Shapiro -Ilan said, “The mission to space will offer a novel perspective and provide new insights into nematode behavior; the unique microgravity environment will allow us to explore fundamental mechanisms in parasitism and pathogenesis”. The questions to be addressed regarding the effects of microgravity include: the ability of EPNs to navigate through soil, infect insects and reproduce, and will the nematodes’ symbiotic bacteria function normally. They will also ascertain if the impact on insect host physiology is the same compared with what is observed on earth. To address these questions, sealed soil columns containing nematodes and a model target pest (waxworms, Galleria mellonella) will be sent into space for 30 days.

Shapiro-Ilan was a partner in designing the experiments that will be conducted on the International Space Station and he will play a key role in assessing results. Results will then be assessed once the nematodes return to earth. Control experiments with the same design will be conducted concurrently on earth for the same duration.

The nematode space mission project director, Fatma Kaplan, is the CEO of the company, Pheronym, an established cooperative research partner with USDA-ARS. Pheronym develops and produces nematode pheromones that can be used to direct EPN behavior (such as dispersal); the goal is to use the pheromones to enhance biocontrol efficacy.

Shapiro-Ilan and Kaplan (and other partners) are funded by UDSA’s National Institute of Food and Agriculture (NIFA) to explore production and application of nematode pheromones, and from NIFA’s Agriculture and Food Research Initiative to investigate basic mechanisms in nematode movement and infection behavior. The ability of nematodes to produce and respond to pheromones under microgravity will also be explored in the space station experiments. “This project of sending worms into space, which is being funded by the International Space Station U.S. National Laboratory, is a natural off-shoot of the cooperative research between USDA-ARS and Pheronym,” said Shapiro-Ilan.

What's behind the US-China standoff?