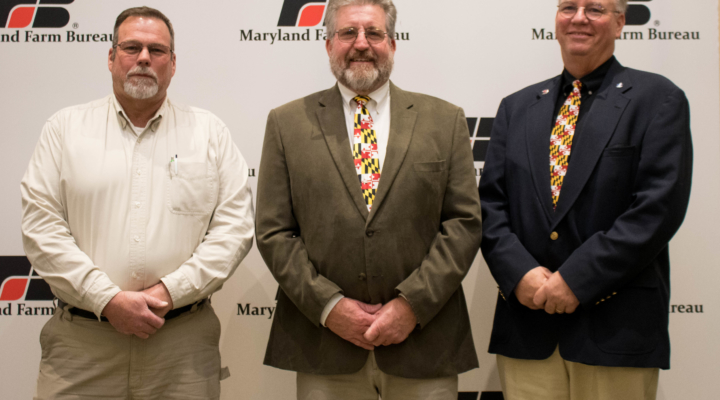 Stafford was elected to a two-year term as president. His family raises black Angus cattle, row crops, and hay in Elkton, Maryland. He served as a board member for Maryland Farm Bureau for several years prior to being elected as first vice president in 2014. Stafford succeeds Chuck Fry of Frederick County as president.

Draper was elected to a one-year term as first vice president. He is a row crop farmer in Centreville, Maryland and also works as the farm manager for the University of Maryland’s Wye Research and Education Center in Queenstown. He has served as a member of Farm Bureau’s board of directors since 2013.

Quinn was elected to a one-year term as second vice president. He farms in Kent and Cecil counties growing grain and spinach. Quinn previously served on the Maryland Farm Bureau board of directors from 2013 to 2018.