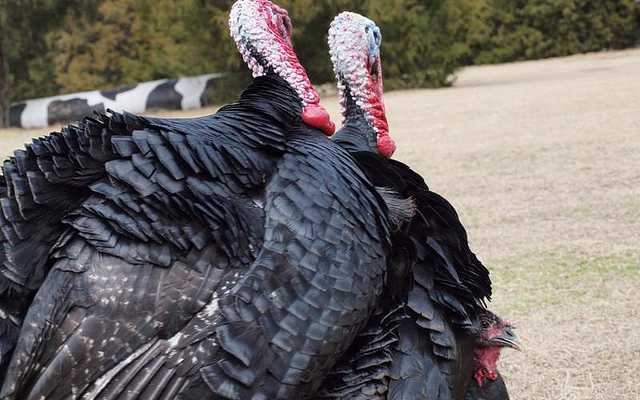 An estimated 50,000 hunters will take to the woods during the upcoming turkey season, generating an estimated $30 million in direct expenditures for South Carolina’s economy. (Photo by Hunter Desportes, creative commons/flickr.com)

COLUMBIA, S.C.–An estimated 50,000 hunters will take to the woods during the upcoming turkey season, generating an estimated $30 million in direct expenditures for South Carolina’s economy. Season dates for private lands are March 20 to May 5 statewide. For all Wildlife Management Areas (WMAs) where turkey hunting is allowed, the season will open on April 2 and close on May 5. The statewide bag limit is 3 gobblers per hunter with no more than 2 taken in one day. Possession and use of turkey tags remains in effect for all hunters.

Hunters on WMAs should consult the annual regulations guide for seasons and bag limits on specific WMAs as they may be more restrictive.

Saturday and Sunday, March 17-18, are youth turkey hunt days on private lands statewide. On WMA lands open to turkey hunting, the youth turkey hunt day is Saturday, March 31. On these days, youths 17 and under who are accompanied by a properly licensed adult (age 21 and older) may hunt turkeys. Although adults may call or guide, only the youth can take or attempt to take turkeys. There is no license requirement for youths. However, tagging requirements and bag limits remain in place for these special youth days.

The outlook for the 2018 spring season is good for most areas. Reproduction in turkeys has generally been low for the last decade leading to fewer birds in the population and significant declines in harvest. However, reproduction has been slightly better the last couple of years and in 2016 and 2017 the harvest increased a combined 24 percent.

Hunters may recall that a new season structure went into effect in 2016 and provided an earlier starting date and increased number of days in the turkey season in 34 of 46 South Carolina counties. The effect of this season change was a 50 percent increase in opportunity (days) for the majority (74 percent) of the state. Hunter effort statistics indicate hunters have taken advantage of the increased opportunity. Statewide man/days of effort were at an all-time high in 2017 and represent a 27 percent increase over 2015, which was the last season prior to the changes being initiated.

With slightly higher recruitment and significantly higher hunter effort the last two years, it is difficult to determine which is more responsible for the dramatic increase in harvest since 2015. On one hand, better recruitment has historically been followed by higher harvests, i.e. more turkeys on the landscape generally equals a higher harvest. On the other hand, more hunter effort can increase harvest, to a point, regardless of the number of turkeys on the landscape.

Also important is “catch per unit effort,” or CPUE, which is the amount of effort (days) it takes to harvest a turkey. Data for the 34 counties with the increase in days under the new season framework indicate that CPUE has increased 40 percent, meaning that hunters are spending much more time to harvest a turkey. For the 12 counties that saw no increase in opportunity, the CPUE has remained unchanged. Based on this analysis, it would appear that much of the increase in harvest since 2015 is related to increased effort associated with additional opportunity rather than increasing numbers of turkeys in the short term. It will likely take several years for these relationships to become clearer.

If you have not yet received your turkey tags, make sure you take the necessary steps to get them.

Get more information on wild turkeys, including how to order turkey tags online, the 2018 Turkey Regulations, the 2017 Summer Turkey Survey, and the results from the 2017 spring gobbler season here.

New herbicide restrictions lead to training for dicamba use

Building the Bridge: the “People Side” of Dairying Webinar Series
July 5, 2020