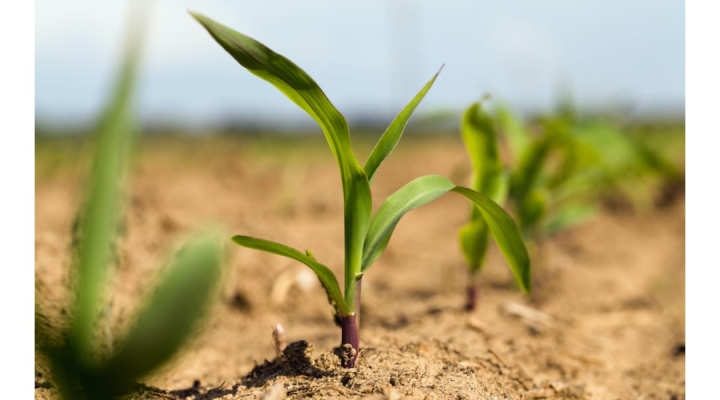 OSU Extension specialists say the state’s corn crop is in the ground, but producers are finishing up planting other crops such as soybeans, milo and cotton. (Courtesy Photo)

STILLWATER, Okla. — Many areas of Oklahoma received much-needed rain within the past couple weeks, but drought still cripples a large section of the state.

The latest drought monitor map from the Oklahoma Mesonet shows most of the western portion of the state is under severe, extreme or exceptional drought.

Despite a lack of rainfall, farmers are moving forward with spring planting for crops such as corn, soybeans, grain sorghum and cotton.

“In western Oklahoma, producers with irrigated acres have been pre-watering to get enough water to start as we move into the summer months,” said Josh Lofton, Oklahoma State University Extension cropping systems specialist. “Planters are rolling in the panhandle with corn and cotton. It’s a ‘get something in the ground and hope for the best’ kind of mentality that’s especially true when you have the potential to irrigate.”

The critical time frame for planting corn has come and gone for most corn acres in the state, and several acres of soybeans and milo were planted in central Oklahoma before rains in early May, Lofton said. Parts of eastern and central Oklahoma received anywhere from 5 to 7 inches of rain in just a few days, but Lofton said the drought threat is far from over.

“It’s a great first step, but we’ll need more,” he said. “You can’t worry about drought in July if you don’t get a crop up in May, so the rain is helpful, but it’s the long-term late July impacts we should be concerned about.”

Crops will require deep soil moisture during the hot and dry days of summer to produce sustainable yields. For many non-irrigated acres in the western part of the state, core soil moisture reserves are already depleted.

“Folks who’ve been dry for a long time are living on rainfall events, and if we go another month or 45 days with no moisture, we’ll see the negative effects of that later this fall at harvest.”

Interested in how garden planting is going in 2022? On a recent episode of Oklahoma Gardening, Wes Lee, OSU Extension Mesonet agricultural coordinator, discusses how the dry winter caused many plants to bloom late this year.