Home » Spring has sprung in the U.S. 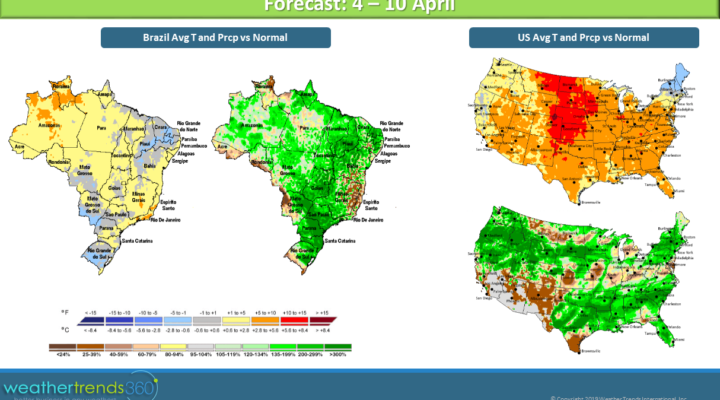 While the warmer trends are forecast to stick around through about mid-week next week, colder than normal conditions will return to the West and North Central by Thursday and encompass much of the West and Central US by Friday.

WASHINGTON — Although temperatures this spring have been rather variable across the US, much of the nation is expected to get a several-day stretch of spring-like weather with temperatures trending overall 5-10F above normal. By tomorrow, warmer than normal trends will have spread from the West into the Midwest. Although a cooler end to the week on the East Coast, much warmer trends arrive for the weekend and look to hang around through much of next week. The one notable exception in the East will be in New England, where conditions are expected to trend generally cooler than normal into next week. Over the weekend, widespread areas of the US are projected to trend 10-15F above normal while a majority of the rest of the country trends 5-10F above normal. Much of the Midwest is expected to see a dry Saturday, very favorable for field work, but some light showers could spread into the region by Sunday and into the start of next week. The South Central and Gulf Coast states could receive some severe weather both today (4/4) and over the weekend. The chance for severe storms spreads to portions of the Southeast by Monday. While the warmer trends are forecast to stick around through about mid-week next week, colder than normal conditions will return to the West and North Central by Thursday and encompass much of the West and Central US by Friday.

The return of cooler trends next week could also be accompanied by some snowfall for portions of the Midwest. While still too early to lock down specifics, weather models are hinting at the possibility of significant snow accumulations late next week from SD and NE to northern MI. Since this potential event is still about a week out, confidence is fairly low, but it is something to keep watch on. If it does materialize, it would hit at almost the same exact time a blizzard impacted this same region last year.

With the arrival of more spring-like temperatures, additional snow melt is expected across the Northern Plains and Upper Midwest. National snow cover as of this morning stood at 14.6%, well down from 56.7% one month ago. In these regions, snow is mostly contained to eastern ND, northern MN, northern WI, and northern MI, including the Upper Peninsula. Out West, snow cover is only in the higher elevations of the mountains. In the East, snow can be found in parts of upstate NY as well as much of VT, NH, and ME. However, as we saw last year, and could see again this year, April still has the potential for accumulating snow. 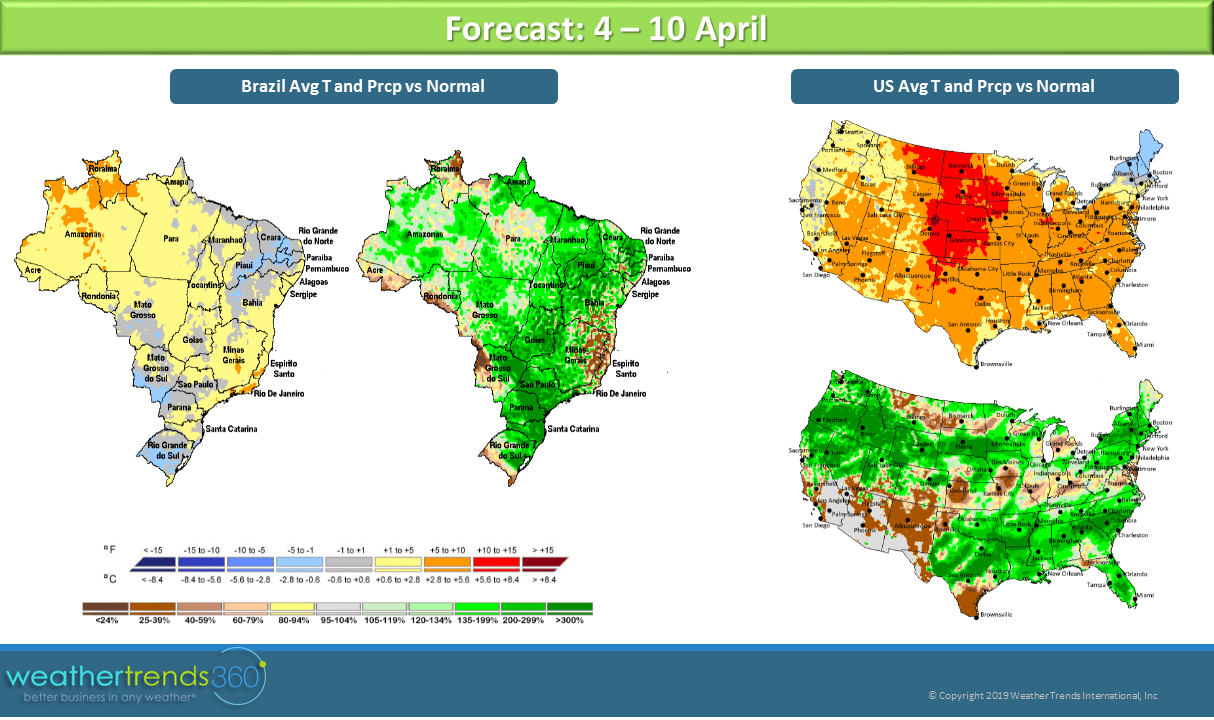 Down in Brazil, the national soybean harvest pace has reached 68% as Rio Grande do Sul and states in the northeast continue to harvest. With the return of wetter weather in recent weeks, soybean harvest pace has fallen behind the 5-year average pace in states like Goias, Parana, and Santa Catarina. Over the next 7 days, some wetter trends are expected for southern Brazil, which could further delay soybean harvest efforts in these states. Wetter trends through the middle of next week will be favorable for the safrinha corn crop. There were some concern of drier trends settling in and impacting the crop in southern states, so these rains could help quell those fears for now. Forecasts for Mato Grosso remain promising as well, which is good news for the state that produces about 43% of the country’s safrinha corn.

Is that soy in your Whopper?