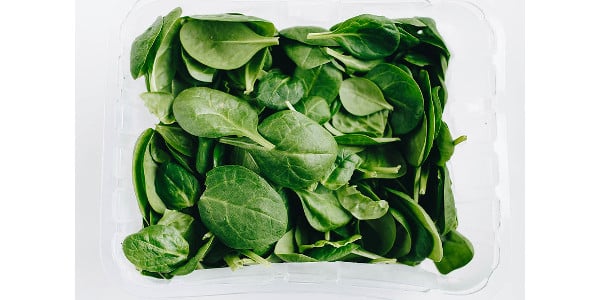 COLUMBIA, Mo. — Many unsubstantiated stories exist about why cartoonist E.C. Segar chose spinach to give superhuman powers to his comic strip character Popeye the Sailor during the Great Depression.

“Quite likely, it was his attempt to prompt children to eat more of this nutrient powerhouse,” said University of Missouri Extension horticulturist David Trinklein. “During that era, the diet of the average American lacked essential vitamins and minerals. The nutritional well-being of children was of great concern.”

Spinach sales skyrocketed after Popeye was seen gulping down a can of spinach in the midst of a perilous situation.

“In fact, during the 1930s, spinach consumption increased by 33 percent,” said Trinklein. “Even more remarkable is that children listed spinach as their third favorite food in a survey.”

Spinach is a long-day plant that flowers after long periods of uninterrupted light. Hot weather and drought speed flowering and lead to a quick drop in table quality.

A hardy, cool-season vegetable, spinach does well at Missouri’s latitudes from March through May and again September through November. Fall plantings often survive Missouri winters if protected with a cold frame or hotbed. Early spring/late winter plantings can be seeded over frozen ground or snow. Most gardeners, however, delay planting until about six weeks before the last frost or when soil temperatures reach at least 40 degrees, the minimum temperature for germination.

Sow spinach seeds in rows 18 inches apart. Thin later to a distance of about 2 to 4 inches between plants. Thinning is not necessary if you harvest the entire crop at once. Cover seeds with a soilless potting mix to prevent soil crusting, which inhibits seedling emergence.

Once the planting is established, weed control and adequate water probably are the two most important requirements to assure a good crop. If plant growth is slow or the color is light green, a light side dressing of nitrogen is recommended. Occasionally, flea beetles will chew small holes in spinach, but their numbers usually aren’t high enough intervention.

Harvest spinach as soon as the oldest (outer) leaves are large enough to use. This usually happens 40 to 50 days after seeding, when plants have at least five or six leaves and the oldest leaves are about 3 inches long. If the entire plant is harvested at once, wait until the first seed stalk appears.

• The average American eats 3 pounds of spinach each year.

• Fresh spinach is more nutritious than processed or frozen spinach.

• Because of the calcium oxalate content of spinach, humans can only take in a small fraction of the iron it contains.

• Both Crystal City, Texas, and Alma, Arkansas, declare themselves the “spinach capital of the world.” Both cities hold an annual spinach festival.

• In 1937, the town of Crystal City, Texas, erected a statue of Popeye the Sailor.

• The world’s largest can of spinach holds 1 million gallons. Located in Alma, Arkansas, it’s actually the city’s water tower painted green with a picture of Popeye on it.

• Engineers at MIT have genetically engineered spinach to detect explosives in soil and respond to a signal sent by a device resembling a cellphone.