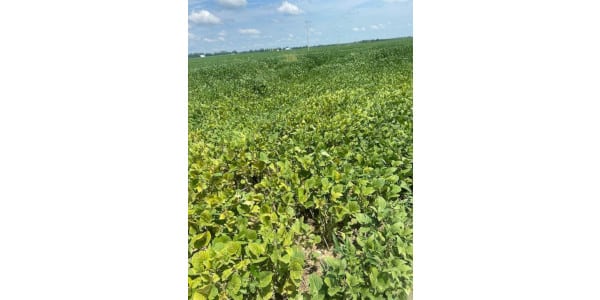 LEXINGTON, Ky. — The two-spotted spider mite (Tetranychus urticae) is probably one the most polyphagous pests in the world. Two-spotted spider mites feed on leaves, stems, and fruit of many plant species by piercing cells and sucking out cell contents. This injury causes stippling (white or yellow spots on both leaf surfaces). Therefore, the plant’s photosynthetic capacity is reduced, and plants can lose leaves if outbreaks are not controlled.

Problem
Outbreaks of spider mites are rare events in western Kentucky; however, this has been reported in Union and Ballard counties. The UK Plant Disease Diagnostic Laboratory at Princeton received samples of leaves with damage and infestations caused by this pest. Tom Miller, the Agriculture and Natural Resources County Extension Agent in Ballard County reported the presence of spider mites in several commercial farms. He mentioned that the last observation of a spider mite outbreak that he experienced was in 2012 when there was a severe drought in this part of the state.

This event has occurred due to 2 weeks of severe warmer conditions and to the absence of rains during that time. Both conditions are favorable for spider mite epidemics. During a visit to Ballard County, I observed small patches of soybean fields damaged by this pest (Figure 1); however, the population of spider mites declined due to the heavy rains (2 to 7 inches) that occurred during the weekend.

Management
Scouting for spider mites is recommended in case drought spells are present again. Some miticides can be used if populations of spider mites reappear. The use of pyrethroids and neonicotinoids for controlling spider mites are not recommended as they may reduce natural enemies and stimulate reproduction of pests. This is known as hormoligosis, and it explains population resurgence of insects and mites following insecticide treatment.

Kentucky Agricultural Development Board approves more than $2.3 million for projects ﻿across the commonwealth
September 19, 2021