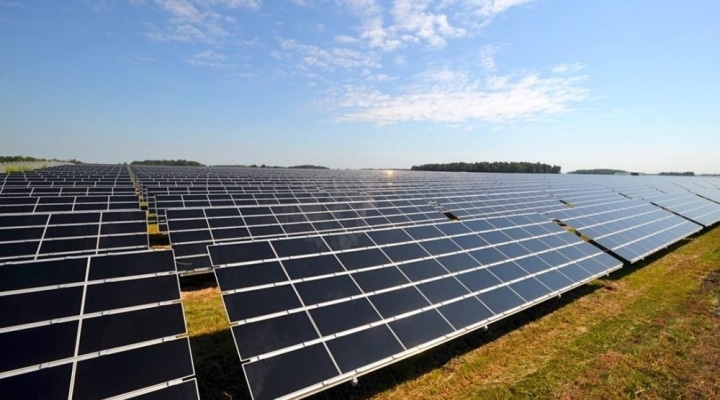 The Ohio General Assembly is reviewing several proposals dealing with energy sources, including solar and wind facilities, oil, gas, and gas pipelines. The proposals raise a critical question about where control over energy production activities should lie: with the state or with local communities? (OSU CFAES)

COLUMBUS, Ohio — Energy is a hot topic at the statehouse these days. The Ohio General Assembly is reviewing several proposals dealing with energy sources, including solar and wind facilities, oil, gas, and gas pipelines. The proposals raise a critical question about where control over energy production activities should lie: with the state or with local communities?  The proposals offer contrasting views on the answer to that question.

Solar and wind projects.  We reported in March that companion bills H.B. 118 and S.B. 52 were on hold due to conflicts with the proposals, which would have allowed citizens to use the referendum process to reject proposed large scale wind and solar energy developments in their communities.  On May 12, the bill sponsors offered a substitute bill to the House Public Utilities Committee.   The new approach in the substitute bill would allow a township to adopt a resolution designating all or parts of the township as “energy development districts.”  Doing so would allow wind and solar facilities to be constructed within the designated district(s) and would prevent the Ohio Power Siting Board from approving any projects that are not within a designated district.  The residents in a township, however, would have the right to petition an energy development district designation and submit it to a vote by township residents.  Sponsor Sen. Rob McColley (R-Napoleon) explained that the new approach would allow a township to let energy developers know “up front” that the community is “open for business.”  The committee will hear responses to the substitute bill in additional hearings, not yet scheduled.

Fossil fuel and gas pipelines.  A proposal regarding energy generation from fossil fuels and gas pipelines takes an opposite approach on local control.  H.B. 192, sponsored by Rep. Al Cutrona (R-Canfield) would prohibit counties, townships, and municipal corporations from prohibiting or limited the use of fossil fuels for electricity generation and the construction or use of a pipeline to transport oil or gas.  About a dozen opponents testified against the bill at its third hearing before the House Energy and Natural Resources last week, with most arguing that the proposal removes rights of local communities to control their energy sources and violates the home rule authority for municipalities provided in Ohio’s Constitution.  The bill is not yet scheduled for an additional committee hearing.

Natural gas.  A bill that guarantees access to natural gas passed the House of Representatives on May 6, largely along party lines.  H.B. 201, sponsored by Rep. Jason Stephens (R-Kitts Hill), guarantees that every person has a right to obtain any available distribution service or competitive retail natural gas service from gas suppliers, and bars a political subdivision from enacting laws that would limit, prevent, or prohibit a consumer within its boundaries from using distribution services, retail natural gas service, or propane.  Opponents argue that the bill violates home rule authority and is unnecessary, since no community in Ohio has ever banned the use of natural gas.  The bill was referred to the Senate Energy and Public Utilities Committee on May 12.

We’ll keep you posted on the progress of these bills as the Ohio General Assembly continues to deal with the question of local versus state control of energy production and distribution in Ohio.

MSU partners with NASA to learn more about trees outside of forests
August 3, 2022